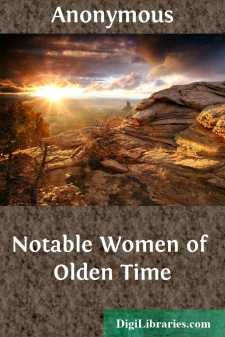 Within a few centuries after the flood, while some who had witnessed the sin and the destruction of the antediluvian world were still living, Jehovah saw fit, in accordance with his designs of eternal wisdom, to separate Abraham from his brethren, calling upon him to leave the land of his birth and go out into a strange land, to dwell in a far country. He was to pass the rest of his days as a sojourner in a land which should be thereafter given to a people yet unborn,—to a nation which was to descend from him.

Abraham was a lineal descendant of Shem, who was doubtless still living while "the father of Abraham yet abode with his kindred in the land of the Chaldees;" and from the lips of his venerable progenitor, Abraham himself may have first received the knowledge of the true God, and have learned lessons of wisdom and obedience, as he sat at his feet. Shem may have conversed with Methuselah; and Methuselah must have known Adam; and from Adam, Methuselah may have heard that history of the creation and fall, which he narrated to Shem, and which Shem may have transmitted to Abraham; and the history of the world would be thus remembered as the traditional recollections of a family, and repeated as the familiar remembrances of a single household.

Tales of the loveliness of Eden,—of the glories of the creation,—of the blessedness of the primeval state,—of the days before the fall; remembrances of the "mother of all living" in the days of her holiness, when she was as beautiful as the world created for her home, in all the dewy sweetness of the morning of its existence,—of the wisdom of man before he yielded to the voice of temptation, when authority was enthroned upon his brow, and all the tribes of the lower creation did him homage;—of the good spirits who watched over to minister unto and bless them;—of those dark, unholy and accursed ones, who came to tempt, betray and destroy them,—were recounted as events of which those who described them had been the witnesses. And from the remembrances thus preserved and transmitted by tradition, each generation obscuring or exaggerating them, have descended what we call fables of antiquity,—great facts, now dimly remembered and darkly presented, as shadowed over by the mists of long ages.

How must the hearts of the descendants of Shem have thrilled as they heard from him the history of by-gone times—of a world which had passed away! How much had the great patriarch of his race, himself, beheld? He had seen the glory and the beauty of the world before the flood. It was cursed for the sin of man, in the day of his fall—but slowly, as we measure time, do the woes denounced by God often take effect, and, though excluded from Eden, the first pair may have seen little change pass over the face of the earth. The consummation of this curse may have been the deluge; and those who dwelt on the earth, before this calamity swept it with its destroying wing, may have seen it in much of its original beauty; while those who outlived that event witnessed a wonderful change.

From that frail fabric, the ark, which proved the second cradle of the race, Shem had beheld a world submerged,—a race swept off by the floods of Almighty wrath. He had heard the shrieks of the drowning, the vain prayer of those who had scoffed the threatened vengeance, the fruitless appeal of those who had long rejected mercy....