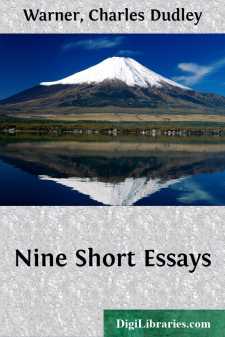 A NIGHT IN THE GARDEN OF THE TUILERIES

It was in the time of the Second Empire. To be exact, it was the night of the 18th of June, 1868; I remember the date, because, contrary to the astronomical theory of short nights at this season, this was the longest night I ever saw. It was the loveliest time of the year in Paris, when one was tempted to lounge all day in the gardens and to give to sleep none of the balmy nights in this gay capital, where the night was illuminated like the day, and some new pleasure or delight always led along the sparkling hours. Any day the Garden of the Tuileries was a microcosm repaying study. There idle Paris sunned itself; through it the promenaders flowed from the Rue de Rivoli gate by the palace to the entrance on the Place de la Concorde, out to the Champs-Elysees and back again; here in the north grove gathered thousands to hear the regimental band in the afternoon; children chased butterflies about the flower-beds and amid the tubs of orange-trees; travelers, guide-book in hand, stood resolutely and incredulously before the groups of statuary, wondering what that Infant was doing with, the snakes and why the recumbent figure of the Nile should have so many children climbing over him; or watched the long facade of the palace hour after hour, in the hope of catching at some window the flutter of a royal robe; and swarthy, turbaned Zouaves, erect, lithe, insouciant, with the firm, springy step of the tiger, lounged along the allees.

Napoleon was at home—a fact attested by a reversal of the hospitable rule of democracy, no visitors being admitted to the palace when he was at home. The private garden, close to the imperial residence, was also closed to the public, who in vain looked across the sunken fence to the parterres, fountains, and statues, in the hope that the mysterious man would come out there and publicly enjoy himself. But he never came, though I have no doubt that he looked out of the windows upon the beautiful garden and his happy Parisians, upon the groves of horse-chestnuts, the needle-like fountain beyond, the Column of Luxor, up the famous and shining vista terminated by the Arch of the Star, and reflected with Christian complacency upon the greatness of a monarch who was the lord of such splendors and the goodness of a ruler who opened them all to his children. Especially when the western sunshine streamed down over it all, turning even the dust of the atmosphere into gold and emblazoning the windows of the Tuileries with a sort of historic glory, his heart must have swelled within him in throbs of imperial exaltation. It is the fashion nowadays not to consider him a great man, but no one pretends to measure his goodness.

The public garden of the Tuileries was closed at dusk, no one being permitted to remain in it after dark. I suppose it was not safe to trust the Parisians in the covert of its shades after nightfall, and no one could tell what foreign fanatics and assassins might do if they were permitted to pass the night so near the imperial residence....