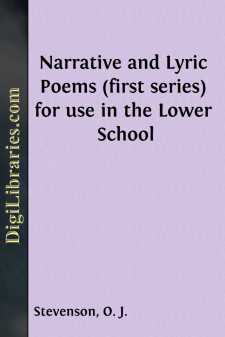 HORATIUS. A LAY MADE ABOUT THE YEAR OF THE CITY CCCLX.

According to legend, Tarquinius Superbus, or Tarquin the Proud, the last of the early kings of Rome, was driven out of the city, partly on account of his own tyranny, and partly because of the misdeeds of his son Sextus Tarquin. The immediate cause of the expulsion of the Tarquins was "the deed of shame," committed by Sextus against Lucretia, the wife of one of the Roman governors. After two unsuccessful attempts to regain the throne, Tarquinius Superbus sought the aid of the Etruscans and Latins, and under the leadership of Lars Porsena, the head of the Etruscan League, the combined forces marched upon Rome. It was then that the incident recorded in the story of Horatius is supposed to have taken place. After the defence of the bridge by Horatius, Lars Porsena laid siege to the city and at last reduced it to submission. He did not, however, insist upon the reinstatement of the Tarquins. A fourth and last attempt was made by Tarquin the Proud to regain the throne, by the aid of his Latin allies, under Mamilius of Tusculum. The story of this expedition forms the subject of The Battle of Lake Regulus.

Lars[1] Porsena of Clusium[2]    By the Nine Gods[3] he swore  That the great house of Tarquin    Should suffer wrong no more.  By the Nine Gods he swore it, 5    And named a trysting day,[4]  And bade his messengers ride forth,  East and west and south and north,    To summon his array.

East and west and south and north 10    The messengers ride fast,  And tower and town and cottage    Have heard the trumpet's blast.  Shame on the false Etruscan,    Who lingers in his home, 15  When Porsena of Clusium    Is on the march to Rome.

The horsemen and the footmen    Are pouring in amain  From many a stately market-place, 20    From many a fruitful plain,  From many a lonely hamlet,    Which, hid by beech and pine,  Like an eagle's nest, hangs on the crest    Of purple Apennine; 25

From lordly Volaterrae,[5]    Where scowls the far-famed hold  Piled by the hands of giants    For godlike kings of old;  From seagirt Populonia, 30    Whose sentinels descry  Sardinia's snowy mountain-tops    Fringing the southern sky;

From the proud mart of Pisse,[6]    Queen of the western waves, 35  Where ride Massilia's triremes[7]    Heavy with fair-haired slaves,  From where sweet Olanis[8] wanders    Through corn and vines and flowers,  From where Cortona lifts to heaven 40    Her diadem of towers.

Tall are the oaks whose acorns    Drop in dark Auser's[9] rill;  Fat are the stags that champ the boughs    Of the Ciminian hill;[10] 45  Beyond all streams Clitumnus[11]    Is to the herdsman dear;  Best of all pools the fowler loves    The great Volsinian mere.[12]

But now no stroke of woodman 50    Is heard by Auser's rill;  No hunter tracks the stag's green path    Up the Ciminian hill;  Unwatched along Clitumnus    Grazes the milk-white steer; 55  Unharmed the waterfowl may dip    In the Volsinian mere....