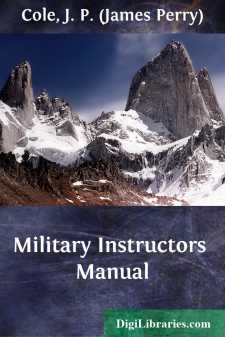 The greatest lesson of the present war is that the keynote of success is discipline. In trenches the direct control of the men is even less than in extended order in open warfare, and only thoroughly disciplined troops with a trusted leader can hope to succeed.

The successful officer will show anger or irritation only in rare cases, and then by design: he will know his men individually and be as considerate of them as possible, ready to do himself what he asks to have done; just in administering punishments; clear in giving his commands and insistent that they be carried out promptly; he will learn from drilling his men the quickest way a desired result can be accomplished, and to give the necessary commands in the most effective manner.

He will read his Infantry Drill Regulations through each month and will always find something that he never knew or has forgotten. He will always consult it before going to drill. In explaining movements he will use blackboard diagrams in conferences. On the field he will take the fewest possible men and have movement executed by the numbers properly before the other men. Then have all the men go through the movement a number of times.

The object of each exercise or drill should be explained to the men whenever possible.

"Success in battle is the ultimate object of all military training."

School of the Soldier.

The object of the facings and marchings is to give the soldier complete control of his body in drills so that he can move easily and promptly at any command.

Position Of Attention.—This is the position a soldier assumes when in ranks or whenever the command attention is given.

In the training of anyone nothing equals the importance of a proper posture; it is the very foundation upon which the entire fabric of any successful training must be founded.

Instructors must persist in the development of this position until the men assume it from habit.

At the command, 1. Company (Squad, etc.), 2. Attention, the following position is assumed:

1. Heels Together And On A Line.—If the heels are not on a line, the hips and sometimes even the shoulders, are thrown out of line.

2. Feet Turned Out Equally, Forming An Angle Of 45 Degrees.—If the feet are not turned out equally, the result will be the same as above.

3. Knees Extended Without Stiffness.—Muscles should be contracted just enough to keep the knees straight. If locked, men tire easily and faint if at attention a long time.

4. The Trunk Erect Upon The Hips, the spine extended throughout its entire length; the buttocks well forward.

The position of the trunk, spine and buttocks is most essential. In extending the spine the men must feel that the trunk is being stretched up from the waist until the back is as straight as it can be made.

In stretching the spine the chest should be arched and raised, without, however, raising the shoulders or interfering with natural respiration.

5. Shoulders Falling Naturally and moved back until they are square....