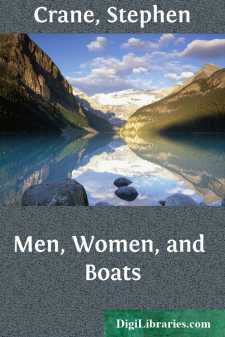 It hardly profits us to conjecture what Stephen Crane might have written about the World War had he lived. Certainly, he would have been in it, in one capacity or another. No man had a greater talent for war and personal adventure, nor a finer art in describing it. Few writers of recent times could so well describe the poetry of motion as manifested in the surge and flow of battle, or so well depict the isolated deed of heroism in its stark simplicity and terror.

To such an undertaking as Henri Barbusse's "Under Fire," that powerful, brutal book, Crane would have brought an analytical genius almost clairvoyant. He possessed an uncanny vision; a descriptive ability photographic in its clarity and its care for minutiae—yet unphotographic in that the big central thing often is omitted, to be felt rather than seen in the occult suggestion of detail. Crane would have seen and depicted the grisly horror of it all, as did Barbusse, but also he would have seen the glory and the ecstasy and the wonder of it, and over that his poetry would have been spread.

While Stephen Crane was an excellent psychologist, he was also a true poet. Frequently his prose was finer poetry than his deliberate essays in poesy. His most famous book, "The Red Badge of Courage," is essentially a psychological study, a delicate clinical dissection of the soul of a recruit, but it is also a tour de force of the imagination. When he wrote the book he had never seen a battle: he had to place himself in the situation of another. Years later, when he came out of the Greco-Turkish fracas, he remarked to a friend: "'The Red Badge' is all right."

Written by a youth who had scarcely passed his majority, this book has been compared with Tolstoy's "Sebastopol" and Zola's "La Débâcle," and with some of the short stories of Ambrose Bierce. The comparison with Bierce's work is legitimate; with the other books, I think, less so. Tolstoy and Zola see none of the traditional beauty of battle; they apply themselves to a devoted—almost obscene—study of corpses and carnage generally; and they lack the American's instinct for the rowdy commonplace, the natural, the irreverent, which so materially aids his realism. In "The Red Badge of Courage" invariably the tone is kept down where one expects a height: the most heroic deeds are accomplished with studied awkwardness.

Crane was an obscure free-lance when he wrote this book. The effort, he says, somewhere, "was born of pain—despair, almost." It was a better piece of work, however, for that very reason, as Crane knew. It is far from flawless. It has been remarked that it bristles with as many grammatical errors as with bayonets; but it is a big canvas, and I am certain that many of Crane's deviations from the rules of polite rhetoric were deliberate experiments, looking to effect—effect which, frequently, he gained.

Stephen Crane "arrived" with this book. There are, of course, many who never have heard of him, to this day, but there was a time when he was very much talked of....