Men of the Bible 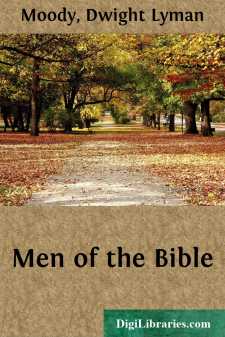 A great many people are afraid of the will of God, and yet I believe that one of the sweetest lessons that we can learn in the school of Christ is the surrender of our wills to God, letting Him plan for us and rule our lives. If I know my own mind, if an angel should come from the throne of God and tell me that I could have my will done the rest of my days on earth, and that everything I wished should be carried out, or that I might refer it back to God, and let God’s will be done in me and through me, I think in an instant I would say:

“Let the will of God be done.”

I cannot look into the future. I do not know what is going to happen to-morrow; in fact, I do not know what may happen before night; so I cannot choose for myself as well as God can choose for me, and it is much better to surrender my will to God’s will. Abraham found this out, and I want to call your attention to four surrenders that he was called to make. I think that they give us a pretty good key to his life.

In the first place, Abraham was called to give up his kindred and his native country, and to go out, not knowing whither he went.

While men were busy building up Babylon, God called this man out of that nation of the Chaldeans. He lived down near the mouth of the Euphrates, perhaps three hundred miles south of Babylon, when he was called to go into a land that he perhaps had never heard of before, and to possess that land.

In the twelfth chapter of Genesis, the first four verses, we read:

“Now the Lord had said unto Abram, Get thee out of thy country, and from thy kindred, and from thy father’s house, unto a land that I will shew thee.” Now notice the promise: “And I will make of thee a great nation, and I will bless thee, and make thy name great; and thou shalt be a blessing: and I will bless them that bless thee, and curse him that curseth thee: and in thee shall all families of the earth be blessed. So Abram departed, as the Lord had spoken unto him; and Lot went with him: and Abram was seventy five years old and when he departed out of Haran.”

It was several years before this that God first told him to leave Ur of the Chaldees. Then he came to Haran, which is about half-way between the valley of the Euphrates and the valley of the Jordan. God had called him into the land of the Canaanite, and

and stayed there—we do not know just how long, but probably about five years.

Now, I believe that there are a great many Christians who are what might be called Haran Christians. They go to Haran, and there they stay. They only half obey. They are not out-and-out. How was it that God got him out of Haran? His father died. The first call was to leave Ur of the Chaldees and go into Canaan, but instead of going all the way they stopped half-way, and it was affliction that drove Abram out of Haran. A great many of us bring afflictions on ourselves, because we are not out-and-out for the Lord. We do not obey Him fully. God had plans He wanted to work out through Abram, and He could not work them out as long as he was there at Haran....