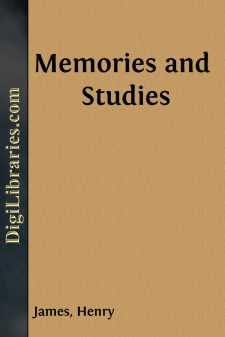 It would be unnatural to have such an assemblage as this meet in the Museum and Faculty Room of this University and yet have no public word spoken in honor of a name which must be silently present to the minds of all our visitors.

At some near future day, it is to be hoped some one of you who is well acquainted with Agassiz's scientific career will discourse here concerning it,—I could not now, even if I would, speak to you of that of which you have far more intimate knowledge than I. On this social occasion it has seemed that what Agassiz stood for in the way of character and influence is the more fitting thing to commemorate, and to that agreeable task I have been called. He made an impression that was unrivalled. He left a sort of popular myth—the Agassiz legend, as one might say—behind him in the air about us; and life comes kindlier to all of us, we get more recognition from the world, because we call ourselves naturalists,—and that was the class to which he also belonged.

The secret of such an extraordinarily effective influence lay in the equally extraordinary mixture of the animal and social gifts, the intellectual powers, and the desires and passions of the man. From his boyhood, he looked on the world as if it and he were made for each other, and on the vast diversity of living things as if he were there with authority to take mental possession of them all. His habit of collecting began in childhood, and during his long life knew no bounds save those that separate the things of Nature from those of human art. Already in his student years, in spite of the most stringent poverty, his whole scheme of existence was that of one predestined to greatness, who takes that fact for granted, and stands forth immediately as a scientific leader of men.

His passion for knowing living things was combined with a rapidity of observation, and a capacity to recognize them again and remember everything about them, which all his life it seemed an easy triumph and delight for him to exercise, and which never allowed him to waste a moment in doubts about the commensurability of his powers with his tasks. If ever a person lived by faith, he did. When a boy of twenty, with an allowance of two hundred and fifty dollars a year, he maintained an artist attached to his employ, a custom which never afterwards was departed from,—except when he maintained two or three. He lectured from the very outset to all those who would hear him. "I feel within myself the strength of a whole generation," he wrote to his father at that time, and launched himself upon the publication of his costly "Poissons Fossiles" with no clear vision of the quarter from whence the payment might be expected to come.

At Neuchatel (where between the ages of twenty-five and thirty he enjoyed a stipend that varied from four hundred to six hundred dollars) he organized a regular academy of natural history, with its museum, managing by one expedient or another to employ artists, secretaries, and assistants, and to keep a lithographic and printing establishment of his own employed with the work that he put forth....