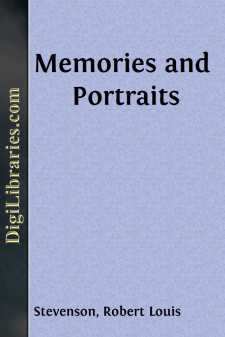 CHAPTER I. THE FOREIGNER AT HOME

Two recent books one by Mr. Grant White on England, one on France by the diabolically clever Mr. Hillebrand, may well have set people thinking on the divisions of races and nations.  Such thoughts should arise with particular congruity and force to inhabitants of that United Kingdom, peopled from so many different stocks, babbling so many different dialects, and offering in its extent such singular contrasts, from the busiest over-population to the unkindliest desert, from the Black Country to the Moor of Rannoch.  It is not only when we cross the seas that we go abroad; there are foreign parts of England; and the race that has conquered so wide an empire has not yet managed to assimilate the islands whence she sprang.  Ireland, Wales, and the Scottish mountains still cling, in part, to their old Gaelic speech.  It was but the other day that English triumphed in Cornwall, and they still show in Mousehole, on St. Michael’s Bay, the house of the last Cornish-speaking woman.  English itself, which will now frank the traveller through the most of North America, through the greater South Sea Islands, in India, along much of the coast of Africa, and in the ports of China and Japan, is still to be heard, in its home country, in half a hundred varying stages of transition.  You may go all over the States, and—setting aside the actual intrusion and influence of foreigners, negro, French, or Chinese—you shall scarce meet with so marked a difference of accent as in the forty miles between Edinburgh and Glasgow, or of dialect as in the hundred miles between Edinburgh and Aberdeen.  Book English has gone round the world, but at home we still preserve the racy idioms of our fathers, and every county, in some parts every dale, has its own quality of speech, vocal or verbal.  In like manner, local custom and prejudice, even local religion and local law, linger on into the latter end of the nineteenth century—imperia in imperio, foreign things at home.

In spite of these promptings to reflection, ignorance of his neighbours is the character of the typical John Bull.  His is a domineering nature, steady in fight, imperious to command, but neither curious nor quick about the life of others.  In French colonies, and still more in the Dutch, I have read that there is an immediate and lively contact between the dominant and the dominated race, that a certain sympathy is begotten, or at the least a transfusion of prejudices, making life easier for both.  But the Englishman sits apart, bursting with pride and ignorance.  He figures among his vassals in the hour of peace with the same disdainful air that led him on to victory.  A passing enthusiasm for some foreign art or fashion may deceive the world, it cannot impose upon his intimates.  He may be amused by a foreigner as by a monkey, but he will never condescend to study him with any patience.  Miss Bird, an authoress with whom I profess myself in love, declares all the viands of Japan to be uneatable—a staggering pretension.  So, when the Prince of Wales’s marriage was celebrated at Mentone by a dinner to the Mentonese, it was proposed to give them solid English fare—roast beef and plum pudding, and no tomfoolery.  Here we have either pole of the Britannic folly.  We will not eat the food of any foreigner; nor, when we have the chance, will we suffer him to eat of it himself.  The same spirit inspired Miss Bird’s American missionaries, who had come thousands of miles to change the faith of Japan, and openly professed their ignorance of the religions they were trying to supplant....