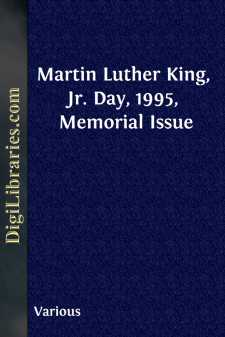 Many years ago, the few readers of radical Abolitionist papers must often have seen the singular name of Sojourner Truth, announced as a frequent speaker at Anti-Slavery meetings, and as travelling on a sort of self-appointed agency through the country. I had myself often remarked the name, but never met the individual. On one occasion, when our house was filled with company, several eminent clergymen being our guests, notice was brought up to me that Sojourner Truth was below, and requested an interview. Knowing nothing of her but her singular name, I went down, prepared to make the interview short, as the pressure of many other engagements demanded.

When I went into the room, a tall, spare form arose to meet me. She was evidently a full-blooded African, and though now aged and worn with many hardships, still gave the impression of a physical development which in early youth must have been as fine a specimen of the torrid zone as Cumberworth's celebrated statuette of the Negro Woman at the Fountain. Indeed, she so strongly reminded me of that figure, that, when I recall the events of her life, as she narrated them to me, I imagine her as a living, breathing impersonation of that work of art.

I do not recollect ever to have been conversant with any one who had more of that silent and subtle power which we call personal presence than this woman. In the modern Spiritualistic phraseology, she would be described as having a strong sphere. Her tall form, as she rose up before me, is still vivid to my mind. She was dressed in some stout, grayish stuff, neat and clean, though dusty from travel. On her head, she wore a bright Madras handkerchief, arranged as a turban, after the manner of her race. She seemed perfectly self-possessed and at her ease,—in fact, there was almost an unconscious superiority, not unmixed with a solemn twinkle of humor, in the odd, composed manner in which she looked down on me. Her whole air had at times a gloomy sort of drollery which impressed one strangely.

"Yes, I think I have. You go about lecturing, do you not?"

"Yes, honey, that's what I do. The Lord has made me a sign unto this nation, an' I go round a'testifyin', an' showin' on 'em their sins agin my people."

So saying, she took a seat, and, stooping over and crossing her arms on her knees, she looked down on the floor, and appeared to fall into a sort of reverie. Her great gloomy eyes and her dark face seemed to work with some undercurrent of feeling; she sighed deeply, and occasionally broke out,—

I should have said that she was accompanied by a little grandson of ten years,—the fattest, jolliest woolly-headed little specimen of Africa that one can imagine. He was grinning and showing his glistening white teeth in a state of perpetual merriment, and at this moment broke out into an audible giggle, which disturbed the reverie into which his relative was falling....