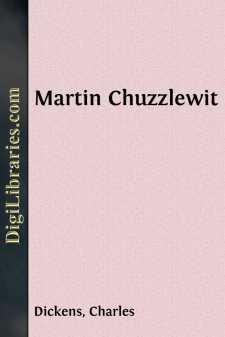 CHAPTER ONE INTRODUCTORY, CONCERNING THE PEDIGREE OF THE CHUZZLEWIT FAMILY

As no lady or gentleman, with any claims to polite breeding, can possibly sympathize with the Chuzzlewit Family without being first assured of the extreme antiquity of the race, it is a great satisfaction to know that it undoubtedly descended in a direct line from Adam and Eve; and was, in the very earliest times, closely connected with the agricultural interest. If it should ever be urged by grudging and malicious persons, that a Chuzzlewit, in any period of the family history, displayed an overweening amount of family pride, surely the weakness will be considered not only pardonable but laudable, when the immense superiority of the house to the rest of mankind, in respect of this its ancient origin, is taken into account.

It is remarkable that as there was, in the oldest family of which we have any record, a murderer and a vagabond, so we never fail to meet, in the records of all old families, with innumerable repetitions of the same phase of character. Indeed, it may be laid down as a general principle, that the more extended the ancestry, the greater the amount of violence and vagabondism; for in ancient days those two amusements, combining a wholesome excitement with a promising means of repairing shattered fortunes, were at once the ennobling pursuit and the healthful recreation of the Quality of this land.

Consequently, it is a source of inexpressible comfort and happiness to find, that in various periods of our history, the Chuzzlewits were actively connected with divers slaughterous conspiracies and bloody frays. It is further recorded of them, that being clad from head to heel in steel of proof, they did on many occasions lead their leather-jerkined soldiers to the death with invincible courage, and afterwards return home gracefully to their relations and friends.

There can be no doubt that at least one Chuzzlewit came over with William the Conqueror. It does not appear that this illustrious ancestor 'came over' that monarch, to employ the vulgar phrase, at any subsequent period; inasmuch as the Family do not seem to have been ever greatly distinguished by the possession of landed estate. And it is well known that for the bestowal of that kind of property upon his favourites, the liberality and gratitude of the Norman were as remarkable as those virtues are usually found to be in great men when they give away what belongs to other people.

Perhaps in this place the history may pause to congratulate itself upon the enormous amount of bravery, wisdom, eloquence, virtue, gentle birth, and true nobility, that appears to have come into England with the Norman Invasion: an amount which the genealogy of every ancient family lends its aid to swell, and which would beyond all question have been found to be just as great, and to the full as prolific in giving birth to long lines of chivalrous descendants, boastful of their origin, even though William the Conqueror had been William the Conquered; a change of circumstances which, it is quite certain, would have made no manner of difference in this respect....