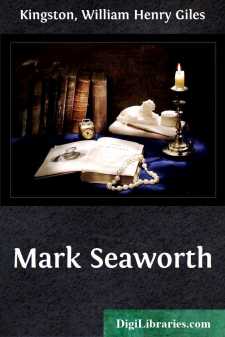 Picture a wide expanse of ocean, smooth as a polished mirror, and shining like molten silver; a sky of intense blue, without a cloud or speck, forming a vast arch resting on the water; no land or rock in sight; the boundless sea on every side; the sun travelling slowly and majestically along the arch, and casting his burning rays upon the glittering plain below.

Let us pause and contemplate that scene. What grandeur and sublimity there is in it! What a magnificent edifice does it seem! When compared with it, how utterly insignificant and contemptible do all the works of man’s hands appear! Then watch the sun sink with rays of glory in the west; the bright rich tinge glowing for a time, and gradually fading away before the obscurity of night; the stars coming forth and shining with a splendour unknown in northern climes; and then the moon, a mass of liquid flame, rising out of the dark sea, and casting across it a broad path of the silvery light. Watch the tranquil luminary glide also through her destined course, till once more the sun rushes upward from his ocean-bed in a sheet of fire, and claims supremacy over the world. This is one of the many grand and wonderful objects beheld by those who sail across the ocean, and amply does it repay for a long voyage those who have taste to appreciate its beauties.

Now let us return to the scene as I first described it, and, by looking closer into the picture, we shall observe a boat floating in its very centre. There are no masts or sails, nor are there any oars moving. The boat lies motionless like a log on the water. She is a large boat, a ship’s launch; her gunwale seems battered in as if she had undergone some hard usage. Above it nothing is seen moving; and, at the first glance, it would seem that there are no human beings on board. On looking down into the boat, however, we discover several persons, but whether dead or alive it is difficult to say, they are so quiet and so silent. Towards the bow are the forms of two men. They are on their backs—one is at the bottom of the boat, the other stretched along the thwarts, in uneasy postures. Their eyes are open and glaring unmoved at the bright sun; their lips are parted, black, and dry; the hand of death has, alas! at all events, fallen on them; nothing living could present such an aspect. By their dress and their complexion they seem to be British seamen. There is a small breaker or keg in the boat, but the hung is out—it is empty. There is also a bag, containing some hard ship-biscuit; it is still half full, but there is no other provision.

In the after part of the boat there is a sort of awning, formed of a shawl stretched across the gunwale, with a mat on the top of it, so as to form a thick shade. Near it, with her back leaning against the side of the boat, sits a dark-skinned woman. She has a turban on her head, and massive gold ear-rings in her ears, and bracelets round her arms, and anklets of gold round her legs, and her loose dress is of gay-coloured striped cotton of delicate texture....