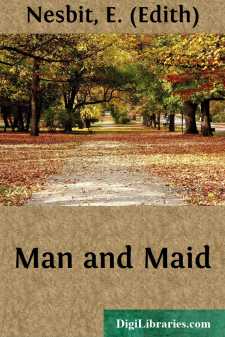 The most extraordinary thing that ever happened to me was my going back to town on that day. I am a reasonable being; I do not do such things. I was on a bicycling tour with another man. We were far from the mean cares of an unremunerative profession; we were men not fettered by any given address, any pledged date, any preconcerted route. I went to bed weary and cheerful, fell asleep a mere animal—a tired dog after a day’s hunting—and awoke at four in the morning that creature of nerves and fancies which is my other self, and which has driven me to all the follies I have ever kept company with. But even that second self of mine, whining beast and traitor as it is, has never played me such a trick as it played then. Indeed, something in the result of that day’s rash act sets me wondering whether after all it could have been I, or even my other self, who moved in the adventure; whether it was not rather some power outside both of us ... but this is a speculation as idle in me as uninteresting to you, and so enough of it.

From four to seven I lay awake, the prey of a growing detestation of bicycling tours, friends, scenery, physical exertion, holidays. By seven o’clock I felt that I would rather perish than spend another day in the society of the other man—an excellent fellow, by the way, and the best of company.

At half-past seven the post came. I saw the postman through my window as I shaved. I went down to get my letters—there were none, naturally.

At breakfast I said: “Edmundson, my dear fellow, I am extremely sorry; but my letters this morning compel me to return to town at once.”

“But I thought,” said Edmundson—then he stopped, and I saw that he had perceived in time that this was no moment for reminding me that, having left no address, I could have had no letters.

He looked sympathetic, and gave me what there was left of the bacon. I suppose he thought that it was a love affair or some such folly. I let him think so; after all, no love affair but would have seemed wise compared with the blank idiocy of this sudden determination to cut short a delightful holiday and go back to those dusty, stuffy rooms in Gray’s Inn.

After that first and almost pardonable lapse, Edmundson behaved beautifully. I caught the 9.17 train, and by half-past eleven I was climbing my dirty staircase.

I let myself in and waded through a heap of envelopes and wrappered circulars that had drifted in through the letter-box, as dead leaves drift into the areas of houses in squares. All the windows were shut. Dust lay thick on everything. My laundress had evidently chosen this as a good time for her holiday. I wondered idly where she spent it. And now the close, musty smell of the rooms caught at my senses, and I remembered with a positive pang the sweet scent of the earth and the dead leaves in that wood through which, at this very moment, the sensible and fortunate Edmundson would be riding.

The thought of dead leaves reminded me of the heap of correspondence....