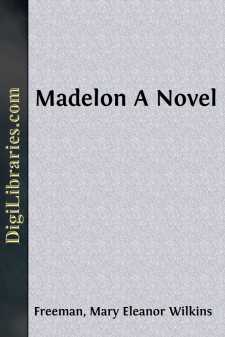 There was a new snow over the village. Indeed, it had ceased to fall only at sunset, and it was now eight o'clock. It was heaped apparently with the lightness of foam on the windward sides of the roads, over the fences and the stone walls, and on the village roofs. Its weight was evident only on the branches of the evergreen-trees, which were bent low in their white shagginess, and lost their upward spring.

There were evergreens—Norway pines, spruces, and hemlocks—bordering the road along which Burr Gordon was coming. Now and then he jostled a low-hanging bough and shook off its load of snow upon his shoulders. Then he walked nearer the middle of the street, tramping steadily through the new snow. This was an old road, but little used of late years, and the forest seemed to be moving upon it with the unnoted swiftness of a procession endless from the beginning of the world. In places the branches of the opposite pines stretched to each other like white-draped arms across the road, and slender, snow-laden saplings stood out in young crowds well in advance of the old trees. At times the road was no more than a cart-path through the forest; but it was a short-cut to the Hautville place, and that was why Burr Gordon went that way.

Everything was very still. The new-fallen snow seemed to muffle silence itself, and do away with that wide susceptibility to sound which affects one as forcibly as the crashing of cannon.

There was no whisper of life from the village, which lay a half-mile back; no roll of wheels, or shout, or peal of bell. Burr Gordon kept on in utter silence until he came near the Hautville house. Then he began to hear music: the soaring sweetness of a soprano voice, the rich undertone of a bass, and the twang of stringed instruments.

When he came close to the house the low structure itself, overlaid with snow, and with snow clinging to its gray-shingled sides like shreds of wool, seemed to vibrate and pulse and shake, and wax fairly sonorous with music, like an organ.

Burr Gordon stood still in the road and listened. The constituents of the concert resolved themselves to his ear. There was a wonderful soprano, a tenor, a bass, one sweet boy's voice, a bass-viol, and a violin. They were practising a fugue. The soprano rang out like the invitation of an angel,  “Come, my beloved, haste away,  Cut short the hours of thy delay,”above all the others—even the shrill boy-treble. Then it followed, with noblest and sweetest order, the bass in—  “Fly like a youthful hart or roe,  Over the hills where the spices grow.”

The very breath of the spices of Arabia seemed borne into the young man's senses by that voice. He saw in vision the blue tops of those delectable hills where the myrtle and the cassia grew; he felt within his limbs the ardent impulse of the hart or roe. He stood with his head bent, listening, until the music ceased; the blue hills sank suddenly into the land of the past, and all the spice-plants withered away....