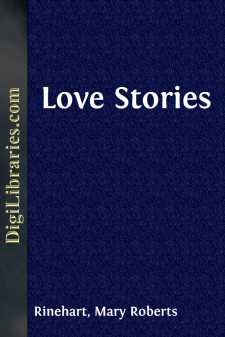 The Probationer's name was really Nella Jane Brown, but she was entered in the training school as N. Jane Brown. However, she meant when she was accepted to be plain Jane Brown. Not, of course, that she could ever be really plain.

People on the outside of hospitals have a curious theory about nurses, especially if they are under twenty. They believe that they have been disappointed in love. They never think that they may intend to study medicine later on, or that they may think nursing is a good and honourable career, or that they may really like to care for the sick.

The man in this story had the theory very hard.

When he opened his eyes after the wall of the warehouse dropped, N. Jane Brown was sitting beside him. She had been practising counting pulses on him, and her eyes were slightly upturned and very earnest.

There was a strong odour of burnt rags in the air, and the man sniffed. Then he put a hand to his upper lip—the right hand. She was holding his left.

"Did I lose anything besides this?" he inquired. His little moustache was almost entirely gone. A gust of fire had accompanied the wall.

The man—he was as young for a man as Jane Brown was for a nurse—the man lay quite still for a moment. Then:

He said it lightly, because that is the way he took things. But he had a strange singing in his ears.

"I'm afraid it's broken. But you still have it." She smiled. She had a very friendly smile. "Have you any pain anywhere?"

He was terribly afraid she would go away and leave him, so, although he was quite comfortable, owing to a hypodermic he had had, he groaned slightly. He was, at that time, not particularly interested in Jane Brown, but he did not want to be alone. He closed his eyes and said feebly:

She gave him a teaspoonful, bending over him and being careful not to spill it down his neck. Her uniform crackled when she moved. It had rather too much starch in it.

The man, whose name was Middleton, closed his eyes. Owing to the morphia, he had at least a hundred things he wished to discuss. The trouble was to fix on one out of the lot.

"I feel like a bit of conversation," he observed. "How about you?"

Then he saw that she was busy again. She held an old-fashioned hunting-case watch in her hand, and her eyes were fixed on his chest. At each rise and fall of the coverlet her lips moved. Mr. Middleton, who was feeling wonderful, experimented. He drew four very rapid breaths, and four very slow ones. He was rewarded by seeing her rush to a table and write something on a sheet of yellow paper.

"Resparation, very iregular," was what she wrote. She was not a particularly good speller.

After that Mr. Middleton slept for what he felt was a day and a night. It was really ten minutes by the hunting-case watch. Just long enough for the Senior Surgical Interne, known in the school as the S.S.I., to wander in, feel his pulse, approve of Jane Brown, and go out....