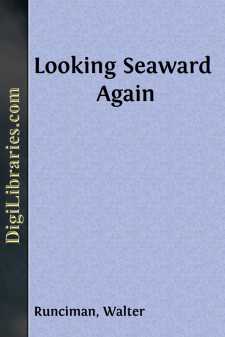 Through Torpedoes and Ice

"Osman the Victorious," as Skobeleff called the matchless Turkish pasha, had kept the Russian hordes at bay for one hundred and forty-two days. Never in the annals of warfare had the world beheld such unexpected military genius, combined with stubborn endurance, as was shown during the siege of Plevna. On December 10th, 1877, Osman came out and made a desperate struggle to break through the Russian lines; but after four hours' hard fighting the Turks sent up the white flag, and boisterous cheering swelled over the snow-clad land when it became known that the greatest Turkish general of modern times had surrendered. His little army of Bashi-Bazouks had annihilated more than one Siberian battalion. The Russian loss was forty thousand, and the Turkish thirty thousand. Had Suleiman and the other Turkish generals shown the same stubborn spirit as Osman, the Russian army would never have been permitted to cross the Balkans, much less reach Constantinople. But after the fall of Plevna the resistance of the Turkish army was feeble, and the Muscovites were not long in pitching their camp at San Stefano. Indeed, a rumour got abroad one night that the Russians were in the suburbs of Constantinople. This roused the indignation of the English jingoes to such a pitch that the great Jewish Premier, with the dash that characterized his career, gave peremptory orders for the British fleet to proceed, with or without leave, through the Dardanelles, and if any resistance was shown to silence the forts. Russia protested and threatened, and Turkey winked a stern objection, but Lord Beaconsfield was firm, and suitable arrangements were arrived at between the Powers.

Bismarck offered his services as mediator, and suggested that a European Congress should be held at Berlin to discuss the contents of the Treaty of San Stefano. This was agreed to, and Lord Beaconsfield, accompanied by Lord Salisbury, were the British representatives at the Congress. The Prime Minister and the Foreign Secretary drove a hard and favourable bargain for Turkey and for Britain. Turkey, it is needless to say, got the worst of it; but, considering her crushing defeat, came well out of the settlement. Cyprus was ceded to the British, to be used as a naval station, and subsequent experience has proved the wisdom of this acquisition. Lord Beaconsfield proclaimed to a tumultuous crowd on the occasion of his return to London that he had brought back "peace with honour." This was the acme of the great Jew's fame. It looked as though he could have done anything he liked with the British people, so that it is no wonder that the old man lost his balance when such homage was paid him by that section of the public which was smitten with his picturesque and audacious personality.

Naturally, his policy impregnated Russia with a strong anti-British feeling, and it was said that her activity in running up earthworks and apparently impregnable fortifications was in anticipation of Disraeli declaring war and ordering the fleet to bombard the Crimean ports; hence, too, in addition to the strong fortifications, torpedo mines were laid for miles along the seaboard, and every possible means and opportunity were taken to make it widely known that the Black Sea was one deadly mine-field. The Press on all sides was, as usual, brimful of reports of the most alarmist nature—these, of course, for the most part extravagant and inaccurate rumours. Nor did the Russian Press minimize accounts of the terrible devastation that was wrought on unarmed trespassers who came within the zone of terror. I read twice of my own rapid and complete destruction. There is no doubt that mines were laid, though both their capacity for destruction and the number of them was very much exaggerated.

From the end of —— outer breakwater to beyond the —— there was a line of mines which left between the land and them a channel less than half a mile wide. A gunboat with torpedo pilots aboard was moored at the south end, and vessels prior to the war and during the armistice were compelled to take a pilot in and out; but no vessel was allowed to pass in or out from sunset to sunrise....