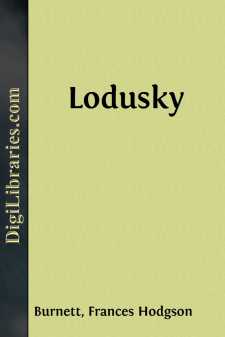 They were rather an incongruous element amid the festivities, but they bore themselves very well, notwithstanding, and seemed to be sufficiently interested. The elder of the two—a tall, slender, middle-aged woman, with a somewhat severe, though delicate face—sat quietly apart, looking on at the rough dances and games with a keen relish of their primitive uncouthness; but the younger, a slight, alert creature, moved here and there, her large, changeable eyes looking larger through their glow of excitement.

"Thet gal thar," drawled a tall mountaineer who supported himself against the chimney and spat with placid regularity into the fire. "They tell me thet gal thar hes writ things as hes been in print. They say she's powerful smart—arns her livin' by it. 'T least thet's what Jake Harney says, 'n they's a-boardin' at Harney's. The old woman's some of her kin, 'n' goes 'long with her when she travels 'round."

There was one fiddler at work sawing industriously at one tune which did good service throughout the entertainment; there was a little furious and erratic reel-dancing, and much loud laughter, and good-natured, even if somewhat personal, jest. The room was one of two which formed the house; the walls were of log; the lights the cheery yellow flare of great pine-knots flung one after the other upon the embers.

"I am glad I thought of North Carolina," Rebecca Noble said to herself. "There is a strong hint of Rembrandt in this,—the bright yellow light, the uncouth figures. Ah! who is that?"

A short time after, she made her way through the crowd to her relative's corner among the shadows. She looked eager and excited, and spoke in a quick, breathless fashion.

"I want to show you something, if you have not already seen it," she said. "There is in this room, Aunt Miriam, the most wonderful creature your eyes ever rested on! You must prepare yourself to be startled. Look toward the door—at that tall girl standing with her hands behind her."

She was attired in a calico of flaunting pattern, and leaned against the log wall in an indifferent attitude, regarding the company from under the heavy lashes of her eyes, which had a look of stillness in them which was yet not repose. There was something even secretive in her expression, as if she watched them furtively for reasons of her own. At her side stood a big, discontented-looking young man, who confronted aggressively two or three other young men equally big, if not equally discontented, who seemed to be arguing some point with him and endeavoring to engage the attention of his companion. The girl, however, simply responded to their appeals with an occasional smile, ambiguous, if not scornful.

"How I wish I could hear them!" exclaimed Miss Noble.

It was her habit to utilize any material she chanced to find, and she had really made her summer jaunt to North Carolina in search of material, but she was not thinking of utilizing this girl, as she managed to keep near her during the remainder of the evening. She had merely found something to be keenly interested in, her interest in any human novelty being, on occasion, intense. In this case her interest increased instead of diminished. She found the girl comporting herself in her natural position as belle, with a calm which was slightly suggestive of "the noble savage." Each admirer seemed to be treated with indifference alike, though there were some who, for reasons best known to themselves, evidently felt that they stood more securely than the rest. She moved through game and dance with a slow yet free grace; she spoke seldom, and in a low, bell-like monotone, containing no hint of any possible emotional development, and for the rest, her shadow of a disdainful smile seemed to stand her in good stead....