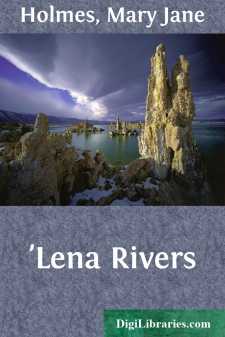 For many days the storm continued. Highways were blocked up, while roads less frequented were rendered wholly impassable. The oldest inhabitants of Oakland had "never seen the like before," and they shook their gray heads ominously as over and adown the New England mountains the howling wind swept furiously, now shrieking exultingly as one by one the huge forest trees bent before its power, and again dying away in a low, sad wail, as it shook the casement of some low-roofed cottage, where the blazing fire, "high piled upon the hearth," danced merrily to the sound of the storm-wind, and then, whirling in fantastic circles, disappeared up the broad-mouthed chimney.

For nearly a week there was scarcely a sign of life in the streets of Oakland, but at the end of that time the storm abated, and the December sun, emerging from its dark hiding-place, once more looked smilingly down upon the white, untrodden snow, which covered the earth for miles and miles around. Rapidly the roads were broken; paths were made on the narrow sidewalk, and then the villagers bethought themselves of their mountain neighbors, who might perchance have suffered from the severity of the storm. Far up the mountain side in an old yellow farmhouse, which had withstood the blasts of many a winter, lived Grandfather and Grandmother Nichols, as they were familiarly called, and ere the sun-setting, arrangements were made for paying them a visit.

Oakland was a small rural village, nestled among rocky hills, where the word fashion was seldom heard, and where many of the primitive customs of our forefathers still prevailed. Consequently, neither the buxom maidens, nor the hale old matrons, felt in the least disgraced as they piled promiscuously upon the four-ox sled, which erelong was moving slowly through the mammoth drifts which lay upon the mountain road. As they drew near the farmhouse, they noticed that the blue paper curtains which shaded the windows of Grandma Nichols' "spare room," were rolled up, while the faint glimmer of a tallow candle within, indicated that the room possessed an occupant. Who could it be? Possibly it was John, the proud man, who lived in Kentucky, and who, to please his wealthy bride exchanged the plebeian name of Nichols, for that of Livingstone, which his high-born lady fancied was more aristocratic in its sounding!

"And if it be John," said the passengers of the ox sled, with whom that gentleman was no great favorite, "if it be John, we'll take ourselves home as fast as ever we can."

Satisfied with this resolution, they kept on their way until they reached the wide gateway, where they were met by Mr. Nichols, whose greeting they fancied was less cordial than usual. With a simple "how d'ye do," he led the way into the spacious kitchen, which answered the treble purpose of dining-room, sitting-room, and cook-room. Grandma Nichols, too, appeared somewhat disturbed, but she met her visitors with an air which seemed to say, she was determined to make the best of her trouble, whatever it might be....