Laura Middleton; Her Brother and her Lover 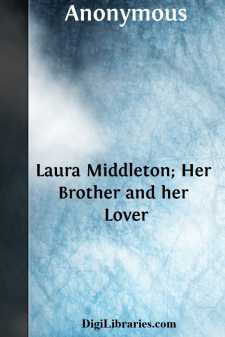 The remarks which Emily had made regarding the share Laura Middleton had had in opening up her ideas on the subject of the mysteries in which she had now been fully initiated had not escaped my observation. It so happened that at that very time I was under an engagement to pay a visit to the Middletons, who were very distant relations of my mother. It of course occurred to me that it was possible I might be able to turn the information I had thus acquired to some account. Laura and I were old friends. She was about two years older than I, a very handsome, fine-looking girl but, as I had then fancied, upon rather a larger scale than quite suited my taste. We had always been on very good terms as children, but she had a sort of haughty, imperious air which, joined to the difference in our ages, had operated in a manner that would have prevented me from thinking of taking any liberties with her; and she was about the last person in the world I should have been disposed to imagine addicted to the amusements in which Emily had participated with her.

When I again met her on arriving at their country seat, I found that a considerable change had taken place in her person, but probably this was merely the natural result that the preceding two years, during which I had not seen her, had worked upon a girl at her time of life, by fully developing the proportions and fining down the parts of the figure which at an earlier period might have appeared too prominent. I too had grown considerably during this period, more so in proportion than she had, and now her height by no means appeared to me to be too great; and, altogether, I could not help acknowledging to myself that I had rarely seen a handsomer or finer-looking woman. She still retained somewhat of her haughty air, though softened down, and I could hardly fancy, when looking at her, that Emily's account of her behaviour in the hours when she gave herself up to enjoyment could be true. I soon, however, became aware of circumstances that tended to corroborate the tale, and which put me in the way of making advances to her, which I hastened to do.

When it came to be time to dress for dinner, Lady Middleton said to me that she had presumed on our relationship to put me into the family wing of the house, as the arrival of some unexpected visitors had made her change the destination of the room she had previously intended for me. She said she had no doubt I would find the one set apart for me quite comfortable, for the only objection to it, and which prevented her from being able to put a stranger into it, was that it opened into another room which would have to be occupied by her son Frank, who was expected home from school in a short time. This last room, in consequence of some alterations made in building an addition to the house, had no separate entrance, but opened into the two rooms on each side, and as the one on the other side was occupied by his sister and aunt, Frank would have to enter through mine. She said I must keep him in order and make him behave himself, and if I had any trouble with him to let her know. I had not seen my young namesake for about two years, but I recollected him as a fine, high-spirited, very handsome boy about twelve or thirteen years of age, always getting into some scrape or other and always getting out of them somehow in such a fearless, good-humoured manner that it was impossible for anyone to be angry with him. So I said I should be delighted to renew my acquaintance with my young friend, and that I had not the least doubt but that we should get on very pleasantly.

On going to my room to dress for dinner, I found a servant-girl engaged in making some of the arrangements which the change of apartments had necessitated. On my entrance she was going to leave the room, but seeing that she was a very nice-looking young girl, I said she need not run away in such a hurry, that surely she was not afraid of me. She gave me an arch look as if taking the measure of my capacities, and replied with a smile that she did not think she need be afraid of such a nice-looking young gentleman....