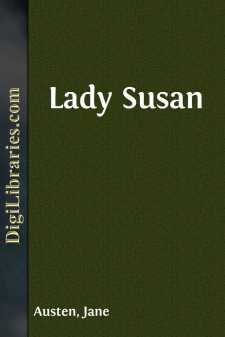 MY DEAR BROTHER,—I can no longer refuse myself the pleasure of profiting by your kind invitation when we last parted of spending some weeks with you at Churchhill, and, therefore, if quite convenient to you and Mrs. Vernon to receive me at present, I shall hope within a few days to be introduced to a sister whom I have so long desired to be acquainted with. My kind friends here are most affectionately urgent with me to prolong my stay, but their hospitable and cheerful dispositions lead them too much into society for my present situation and state of mind; and I impatiently look forward to the hour when I shall be admitted into Your delightful retirement.

I long to be made known to your dear little children, in whose hearts I shall be very eager to secure an interest I shall soon have need for all my fortitude, as I am on the point of separation from my own daughter. The long illness of her dear father prevented my paying her that attention which duty and affection equally dictated, and I have too much reason to fear that the governess to whose care I consigned her was unequal to the charge. I have therefore resolved on placing her at one of the best private schools in town, where I shall have an opportunity of leaving her myself in my way to you. I am determined, you see, not to be denied admittance at Churchhill. It would indeed give me most painful sensations to know that it were not in your power to receive me.

Your most obliged and affectionate sister,

You were mistaken, my dear Alicia, in supposing me fixed at this place for the rest of the winter: it grieves me to say how greatly you were mistaken, for I have seldom spent three months more agreeably than those which have just flown away. At present, nothing goes smoothly; the females of the family are united against me. You foretold how it would be when I first came to Langford, and Mainwaring is so uncommonly pleasing that I was not without apprehensions for myself. I remember saying to myself, as I drove to the house, "I like this man, pray Heaven no harm come of it!" But I was determined to be discreet, to bear in mind my being only four months a widow, and to be as quiet as possible: and I have been so, my dear creature; I have admitted no one's attentions but Mainwaring's. I have avoided all general flirtation whatever; I have distinguished no creature besides, of all the numbers resorting hither, except Sir James Martin, on whom I bestowed a little notice, in order to detach him from Miss Mainwaring; but, if the world could know my motive THERE they would honour me. I have been called an unkind mother, but it was the sacred impulse of maternal affection, it was the advantage of my daughter that led me on; and if that daughter were not the greatest simpleton on earth, I might have been rewarded for my exertions as I ought.

Sir James did make proposals to me for Frederica; but Frederica, who was born to be the torment of my life, chose to set herself so violently against the match that I thought it better to lay aside the scheme for the present....