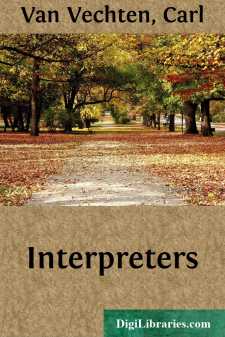 THE career of Olive Fremstad has entailed continuous struggle: a struggle in the beginning with poverty, a struggle with a refractory voice, and a struggle with her own overpowering and dominating temperament. Ambition has steered her course. After she had made a notable name for herself through her interpretations of contralto rôles, she determined to sing soprano parts, and did so, largely by an effort of will. She is always dissatisfied with her characterizations; she is always studying ways and means of improving them. It is not easy for her to mould a figure; it is, on the contrary, very difficult. One would suppose that her magnetism and force would carry her through an opera without any great amount of preparation. Such is not the case. There is no other singer before the public so little at her ease in any impromptu performance. Recently, when she returned to the New York stage with an itinerant opera company to sing in an ill-rehearsed performance of Tosca, she all but lost her grip. She was not herself and she did not convince. New costumes, which hindered her movements, and a Scarpia with whom she was unfamiliar, were responsible in a measure for her failure to assume her customary authority.

If you have seen and heard Olive Fremstad in the scene of the spear in Götterdämmerung, you will find it difficult to believe that what I say is true, that work and not plenary inspiration is responsible for the effect. To be sure, the inspiration has its place in the final result. Once she is certain of her ground, words, music, tone-colour, gesture, and action, she inflames the whole magnificently with her magnetism. This magnetism is instinctive, a part of herself; the rest is not. She brings about the detail with diligent drudgery, and without that her performances would go for nought. The singer pays for this intense concentration. In "Tower of Ivory" Mrs. Atherton says that all Wagnerian singers must pay heavily. Probably all good ones must. Charles Henry Melzer has related somewhere that he first saw Mme. Fremstad on the stage at Covent Garden, where between her scenes in some Wagner music drama, lost in her rôle, utterly oblivious of stage hands or fellow-artists, she paced up and down in the wings. At the moment he decided that she was a great interpretative artist, and he had never heard her sing. When she is singing a rôle she will not allow herself to be interrupted; she holds no receptions between scenes. "Come back after the opera," she says to her friends, and frequently then she is too tired to see any one. She often drives home alone, a prey to quivering nerves which keep her eyeballs rolling in ceaseless torture—sleepless.

Nothing about the preparation of an opera is easy for Olive Fremstad; the thought, the idea, does not register immediately in her brain. But once she has achieved complete understanding of a rôle and thoroughly mastered its music, the fire of her personality enables her easily to set a standard. Is there another singer who can stand on the same heights with Mme. Fremstad as Isolde, Venus, Elsa, Sieglinde, Kundry, Armide, Brünnhilde in Götterdämmerung, or Salome? And are not these the most difficult and trying rôles in the répertoire of the lyric stage to-day?

In one of her impatient moods—and they occur frequently—the singer once complained of this fact. "How easy it is," she said, "for those who make their successes as Marguerite and Mimi.... I should like to sing those rôles...." But the remark was made under a misconception of her own personality. Mme. Fremstad would find Mimi and Marguerite much more difficult to compass than Isolde and Kundry. She is by nature Northern and heroic, and her physique is suited to the goddesses and heroines of the Norse myths (it is a significant fact that she has never attempted to sing Eva or Senta). Occasionally, as in Salome, she has been able to exploit successfully another side of her talent, but in the rendering of the grand, the noble, and the heroic, she has no equal on our stage. Yet her Tosca always lacked nobility. There was something in the music which never brought the quality out.

In such a part as Selika she seemed lost (wasted, too, it may be added), although the entrance of the proud African girl was made with some effect, and the death scene was carried through with beauty of purpose....