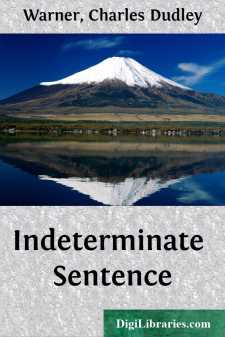 The problem of dealing with the criminal class seems insolvable, and it undoubtedly is with present methods. It has never been attempted on a fully scientific basis, with due regard to the protection of society and to the interests of the criminal.

It is purely an economic and educational problem, and must rest upon the same principles that govern in any successful industry, or in education, and that we recognize in the conduct of life. That little progress has been made is due to public indifference to a vital question and to the action of sentimentalists, who, in their philanthropic zeal; fancy that a radical reform can come without radical discipline. We are largely wasting our energies in petty contrivances instead of striking at the root of the evil.

What do we mean by the criminal class? It is necessary to define this with some precision, in order to discuss intelligently the means of destroying this class. A criminal is one who violates a statute law, or, as we say, commits a crime. The human law takes cognizance of crime and not of sin. But all men who commit crime are not necessarily in the criminal class. Speaking technically, we put in that class those whose sole occupation is crime, who live by it as a profession, and who have no other permanent industry. They prey upon society. They are by their acts at war upon it, and are outlaws.

The State is to a certain extent responsible for this class, for it has trained most of them, from youth up, through successive detentions in lock-ups, city prisons, county jails, and in State prisons, and penitentiaries on relatively short sentences, under influences which tend to educate them as criminals and confirm them in a bad life. That is to say, if a man once violates the law and is caught, he is put into a machine from which it is very difficult for him to escape without further deterioration. It is not simply that the State puts a brand on him in the eyes of the community, but it takes away his self-respect without giving him an opportunity to recover it. Once recognized as in the criminal class, he has no further concern about the State than that of evading its penalties so far as is consistent with pursuing his occupation of crime.

To avoid misunderstanding as to the subject of this paper, it is necessary to say that it is not dealing with the question of prison reform in its whole extent. It attempts to consider only a pretty well defined class. But in doing this it does not say that other aspects of our public peril from crime are not as important as this. We cannot relax our efforts in regard to the relations of poverty, drink, and unsanitary conditions, as leading to crime. We have still to take care of the exposed children, of those with parentage and surroundings inclining to crime, of the degenerate and the unfortunate. We have to keep up the warfare all along the line against the demoralization of society. But we have hereto deal with a specific manifestation; we have to capture a stronghold, the possession of which will put us in much better position to treat in detail the general evil.

Why should we tolerate any longer a professional criminal class? It is not large. It is contemptibly small compared with our seventy millions of people....