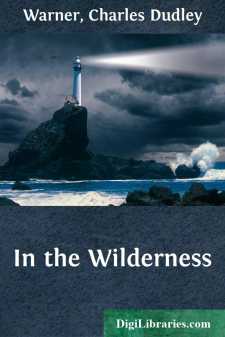 I. HOW I KILLED A BEAR

So many conflicting accounts have appeared about my casual encounter with an Adirondack bear last summer that in justice to the public, to myself, and to the bear, it is necessary to make a plain statement of the facts. Besides, it is so seldom I have occasion to kill a bear, that the celebration of the exploit may be excused.

The encounter was unpremeditated on both sides. I was not hunting for a bear, and I have no reason to suppose that a bear was looking for me. The fact is, that we were both out blackberrying, and met by chance, the usual way. There is among the Adirondack visitors always a great deal of conversation about bears,—a general expression of the wish to see one in the woods, and much speculation as to how a person would act if he or she chanced to meet one. But bears are scarce and timid, and appear only to a favored few.

It was a warm day in August, just the sort of day when an adventure of any kind seemed impossible. But it occurred to the housekeepers at our cottage—there were four of them—to send me to the clearing, on the mountain back of the house, to pick blackberries. It was rather a series of small clearings, running up into the forest, much overgrown with bushes and briers, and not unromantic. Cows pastured there, penetrating through the leafy passages from one opening to another, and browsing among the bushes. I was kindly furnished with a six-quart pail, and told not to be gone long.

Not from any predatory instinct, but to save appearances, I took a gun. It adds to the manly aspect of a person with a tin pail if he also carries a gun. It was possible I might start up a partridge; though how I was to hit him, if he started up instead of standing still, puzzled me. Many people use a shotgun for partridges. I prefer the rifle: it makes a clean job of death, and does not prematurely stuff the bird with globules of lead. The rifle was a Sharps, carrying a ball cartridge (ten to the pound),—an excellent weapon belonging to a friend of mine, who had intended, for a good many years back, to kill a deer with it. He could hit a tree with it—if the wind did not blow, and the atmosphere was just right, and the tree was not too far off—nearly every time. Of course, the tree must have some size. Needless to say that I was at that time no sportsman. Years ago I killed a robin under the most humiliating circumstances. The bird was in a low cherry-tree. I loaded a big shotgun pretty full, crept up under the tree, rested the gun on the fence, with the muzzle more than ten feet from the bird, shut both eyes, and pulled the trigger. When I got up to see what had happened, the robin was scattered about under the tree in more than a thousand pieces, no one of which was big enough to enable a naturalist to decide from it to what species it belonged. This disgusted me with the life of a sportsman. I mention the incident to show that, although I went blackberrying armed, there was not much inequality between me and the bear.

In this blackberry-patch bears had been seen....