In the Shadow of Death 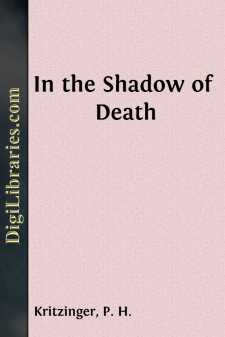 CHAPTER I. ANTECEDENTS. The child is father to the man;And I could wish my days to beBound each to each by natural piety. Wordsworth.

A few preliminary pages of personal history I offer to those who followed me either in thought or deed during the Anglo-Boer War.

My ancestors were Germans; my grandfather was born in the South. About the year 1820 he, along with two brothers, bade farewell to the land of his nativity and emigrated to South Africa. They found a home for themselves in the neighbourhood of Port Elizabeth, and there they settled as farmers. Two of the brothers married women of Dutch extraction; one died a bachelor. A small village, Humansdorp, situated near to Port Elizabeth, was the birth-place of my father. There he spent the greater part of his life. He, too, married a Dutch lady; and we children adopted the language of our mother, and spoke Dutch rather than German.

My father took an active part in several of the early Kaffir Wars, and rendered assistance to the Colonial forces in subjugating the native tribes in the Eastern Province of the Cape Colony. With rapt attention and enthusiasm we children would listen to him as he told the tale of those early native wars. I then thought that there was nothing so sublime and glorious as war. My imagination was inflamed, and I longed intensely to participate in such exciting adventures. My experience of recent years has corrected my views. I think differently now. Peace is better than war. War is brutal and damnable. It is indeed "hell let loose."

On the 20th of April, 1870, the arrival of a little Kritzinger was announced on the farm Wildeman's-Kraal, Port Elizabeth District. That little fellow happened to be myself. I do not recollect much of the days of my youth—save that I was of a very lively disposition, with a fondness for all sorts of fun, and often of mischief, which landed me occasionally in great trouble. My parents obeyed the injunctions of Holy Writ in diligently applying the rod when they thought it necessary. As a child, I could but dimly understand, and scarcely believe, that love was at the root of every chastisement.

At the age of five I met with a serious accident. While gathering shells on the beach at Port Elizabeth, the receding waves drew me seaward with irresistible power. But for the pluck and courage of my little playfellow, a lassie of some twelve summers, I was lost. She came to the rescue. I was saved at the last moment: a few seconds more and I must have perished in the deep.

In 1882 my parents, leaving Cape Colony in search of a new home in the Orange Free State, settled down in the district of Ladybrand. It was, however, decided that I should remain behind with an uncle. This uncle was my godfather, and had promised to provide for my education. Having no children, he made me his adopted son. However excellent these arrangements might be, I resolved that I too should go to the Orange Free State. I succeeded in persuading my brother, who had charge of the waggons, to let me follow him on horseback under cover of darkness. I left my uncle's home alone and at dusk on the third evening after my brother's departure. How I felt, and in what condition I was, after riding thirty-five miles on the bare back of a horse, I shall not describe. My parents, who had gone ahead of the waggons, were not a little astonished, and yet they were not angry, at the unexpected appearance of the boy that was left behind.

On my arrival in the Free State it so happened that there was then a dispute as to headship between two Barolong chiefs. This quarrel called forth the intervention of the Free State Government. The burghers were commandoed in the event of resistance on the part of the native chiefs; and I, though a mere boy, at once offered my services to the nearest Field Cornet. He declined to accept them on the score that I was too young. Like David, I was loth to go back home. I borrowed an old gun, got a horse, and off I stole to the Boer commando. The dispute was amicably settled. Some thirty Barolongs, however, offered resistance. Most eagerly I thus fired my first shot upon a human being. I did not know then that it would not be the last; that I should live to hear the mountains and hills of South Africa reverberate with the sound of exploding shells, that the whizz of bullets would assail my ears like the humming of bees; that a bullet would penetrate my own lungs, leaving me a mass of bleeding clay on the battle-field....