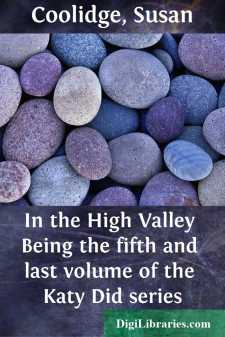 CHAPTER I. ALONG THE NORTH DEVON COAST.   T was a morning of late May, and the sunshine, though rather watery, after the fashion of South-of-England suns, was real sunshine still, and glinted and glittered bravely on the dew-soaked fields about Copplestone Grange.

This was an ancient house of red brick, dating back to the last half of the sixteenth century, and still bearing testimony in its sturdy bulk to the honest and durable work put upon it by its builders. Not a joist had bent, not a girder started in the long course of its two hundred and odd years of life. The brick-work of its twisted chimney-stacks was intact, and the stone carving over its doorways and window frames; only the immense growth of the ivy on its side walls attested to its age. It takes longer to build ivy five feet thick than many castles, and though new masonry by trick and artifice may be made to look like old, there is no secret known to man by which a plant or tree can be induced to simulate an antiquity which does not rightfully belong to it. Innumerable sparrows and tomtits had built in the thick mats of the old ivy, and their cries and twitters blended in shrill and happy chorus as they flew in and out of their nests.

The Grange had been a place of importance, in Queen Elizabeth's time, as the home of an old Devon family which was finally run out and extinguished. It was now little more than a superior sort of farm-house. The broad acres of meadow and pleasaunce and woodland which had given it consequence in former days had been gradually parted with, as misfortunes and losses came to its original owners. The woods had been felled, the pleasure grounds now made part of other people's farms, and the once wide domain had contracted, until the ancient house stood with only a few acres about it, and wore something the air of an old-time belle who has been forcibly divested of her ample farthingale and hooped-petticoat, and made to wear the scant kirtle of a village maid.

Orchards of pear and apple flanked the building to east and west. Behind was a field or two crowning a little upland where sedate cows fed demurely; and in front, toward the south, which was the side of entrance, lay a narrow walled garden, with box-bordered beds full of early flowers, mimulus, sweet-peas, mignonette, stock gillies, and blush and damask roses, carefully tended and making a blaze of color on the face of the bright morning. The whole front of the house was draped with a luxuriant vine of Gloire de Dijon, whose long, pink-yellow buds and cream-flushed cups sent wafts of delicate sweetness with every puff of wind.

Seventy years before the May morning of which we write, Copplestone Grange had fallen at public sale to Edward Young, a well-to-do banker of Bideford. He was a descendant in direct line of that valiant Young who, together with his fellow-seaman Prowse, undertook the dangerous task of steering down and igniting the seven fire-ships which sent the Spanish armada "lumbering off" to sea, and saved England for Queen Elizabeth and the Protestant succession....