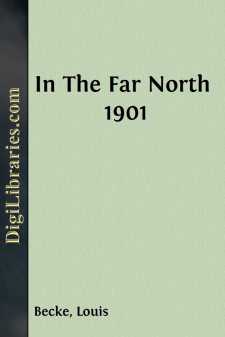 Jack Barrington, nominal owner of Tinandra Downs cattle station on the Gilbert River in the far north of North Queensland, was riding slowly over his run, when, as the fierce rays of a blazing sun, set in a sky of brass, smote upon his head and shoulders and his labouring stock-horse plodded wearily homewards over the spongy, sandy soil, the lines of Barcroft Boake came to his mind, and, after he had repeated them mentally, he cursed aloud.

"That's where the dead men lie! Poor Boake must have thought of this God-forsaken part of an utterly God-forsaken country, I think, when he wrote 'Out where the Dead Men Lie.' For I believe that God Almighty has forgotten it! Oh for rain, rain, rain! Rain to send the Gilbert down in a howling yellow flood, and turn this blarsted spinifex waste of scorching sand and desolation into green grass—and save me and the youngsters from giving it best, and going under altogether.... Boake knew this cursed country well.... I wonder if he ever 'owned' a station—one with a raging drought, a thundering mortgage, and a worrying and greedy bank sooling him on to commit suicide, or else provide rain as side issues.... I don't suppose he had a wife and children to leave to the mercy of the Australian Pastoralists' Bank. D——n and curse the Australian Pastoralists' Bank, and the drought, and this scorching sand and hateful spinifex—and God help the poor cattle!"

He drew rein almost under the shade of a clump of stunted sandalwood, which had, in good seasons, been a favourite mustering camp, and looked about him, and then he passed his hand over his eyes to shut out for a few moments the melancholy spectacle before him.

I have said that he pulled up "almost" under shelter; further he could not advance, for the hard, parched ground immediately under the shade of the sandalwoods was thickly covered by the stiffened sun-dried carcasses of some hundreds of dead cattle, which, having become too weak to leave the sheltering trees in search of food and water had lain down and died. Beyond, scattered singly and about in twos and threes, were the remains of scores of other wretched beasts, which, unable to drag themselves either to the sandy river-bed or to the scanty shade of the stunted timber, had perished where they fell.

With a heavy sigh Harrington dismounted, took off his water-bag from the saddle, and pouring a little water into his hat, gave his horse a drink. Then he drank a few mouthfuls himself, filled and lit his pipe, and sat down, to rest awhile until the sun had lost its fierce intensity—and think.

And he thought despairingly of the black prospect which for the past six or seven months had tormented him by day, and haunted him at night, broken now and then with a gleam of hope when the pitiless blue of the sky changed to grey, and rain seemed near, only to be followed by renewed and bitter disappointment.

"It cannot last much longer," he thought; "even if rain came within a week the rest of the poor brutes left alive will be too weak to recover—and there's not hands enough on the station to cut leaves for them. Even the blacks have cleared out lower down the river... found a good water-hole I daresay, and, like wise niggers, are camping there. Why doesn't Providence give a poor honest bullock as much show for his life in a drought as a damned, filthy blackfellow! Instead of hoofs—in this part of the country at any rate—cattle ought to have feet like a bandicoot, then the poor beasts could worry along by digging waterholes in the river bed."

Then, sick at heart as he was, a faint smile flitted over his sun-bronzed face at the fancy....