In the Closed Room 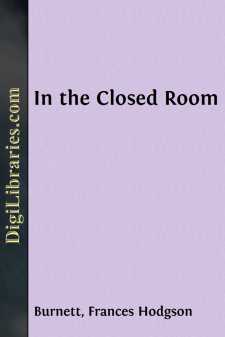 In the fierce airless heat of the small square room the child Judith panted as she lay on her bed. Her father and mother slept near her, drowned in the heavy slumber of workers after their day's labour. Some people in the next flat were quarrelling, irritated probably by the appalling heat and their miserable helplessness against it. All the hot emanations of the sun-baked city streets seemed to combine with their clamour and unrest, and rise to the flat in which the child lay gazing at the darkness. It was situated but a few feet from the track of the Elevated Railroad and existence seemed to pulsate to the rush and roar of the demon which swept past the windows every few minutes. No one knew that Judith held the thing in horror, but it was a truth that she did. She was only seven years old, and at that age it is not easy to explain one's self so that older people can understand.

She could only have said, "I hate it. It comes so fast. It is always coming. It makes a sound as if thunder was quite close. I can never get away from it." The children in the other flats rather liked it. They hung out of the window perilously to watch it thunder past and to see the people who crowded it pressed close together in the seats, standing in the aisles, hanging on to the straps. Sometimes in the evening there were people in it who were going to the theatre, and the women and girls were dressed in light colours and wore hats covered with white feathers and flowers. At such times the children were delighted, and Judith used to hear the three in the next flat calling out to each other, "That's MY lady! That's MY lady! That one's mine!"

Judith was not like the children in the other flats. She was a frail, curious creature, with silent ways and a soft voice and eyes. She liked to play by herself in a corner of the room and to talk to herself as she played. No one knew what she talked about, and in fact no one inquired. Her mother was always too busy. When she was not making men's coats by the score at the whizzing sewing machine, she was hurriedly preparing a meal which was always in danger of being late. There was the breakfast, which might not be ready in time for her husband to reach his "shop" when the whistle blew; there was the supper, which might not be in time to be in waiting for him when he returned in the evening. The midday meal was a trifling matter, needing no special preparation. One ate anything one could find left from supper or breakfast.

Judith's relation to her father and mother was not a very intimate one. They were too hard worked to have time for domestic intimacies, and a feature of their acquaintance was that though neither of them was sufficiently articulate to have found expression for the fact—the young man and woman felt the child vaguely remote. Their affection for her was tinged with something indefinitely like reverence. She had been a lovely baby with a peculiar magnolia whiteness of skin and very large, sweetly smiling eyes of dark blue, fringed with quite black lashes....