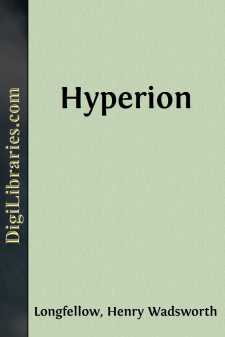 Richard made an early start that morning in search of employment, and duplicated the failure of the previous day. Nobody wanted him. If nobody wanted him in the village where he was born and bred, a village of counting-rooms and workshops, was any other place likely to need him? He had only one hope, if it could be called a hope; at any rate, he had treated it tenderly as such and kept it for the last. He would apply to Rowland Slocum. Long ago, when Richard was an urchin making pot-hooks in the lane, the man used occasionally to pat him on the head and give him pennies. This was not a foundation on which to rear a very lofty castle; but this was all he had.

"Been here two years now. One of Slocum's apprentices," added Durgin, with an air of easy grandeur.

"Two years? How time flies--when it doesn't crawl! Do you like it?"

"My time will be out next--Oh, the work? Well, yes; it's not bad, and there's a jolly set in the yard. But how about you? I heard last night you'd got home. Been everywhere and come back wealthy? The boys used to say you was off pirating."

"No such luck," answered Richard, with a smile. "I didn't prey on the high seas,--quite the contrary. The high sea captured my kit and four years' savings. I will tell you about it some day. If I have a limb to my name and a breath left to my body, it is no thanks to the Indian Ocean. That is all I have got, Will, and I am looking around for bread and butter,--literally bread and butter."

"No? and the old gentleman so rich!"

Durgin said this with sincere indignation, and was perhaps unconscious himself of experiencing that nameless, shadowy satisfaction which Rochefoucauld says we find in the adversity of our best friends. Certainly Richard looked very seedy in his suit of slop-shop clothes.

"I was on my way to Mr. Slocum's to see if I could do anything with him," Richard continued.

"You can't be an apprentice, you know," said Durgin.

"Suppose he should happen to want another? He might."

"The Association wouldn't allow it."

"The Marble Workers' Association, of course."

"They wouldn't allow it! How is that?"

"This the way of it. Slocum is free to take on two apprentices every year, but no more. That prevents workmen increasing too fast, and so keeps up wages. The Marble Workers' Association is a very neat thing, I can tell you."

"But doesn't Mr. Slocum own the yard? I thought he did."

"If he wished to extend the business, couldn't he employ more hands?"

"As many as he could get,--skilled workmen; but not apprentices."

"And Mr. Slocum agrees to that?" inquired Richard.

"Upon my soul, I don't see what prevents him taking on as many apprentices as he wants to."

"Why, the Association, to be sure," returned Durgin, glancing at the town clock, which marked seven minutes past the hour.

"But how could they stop him?"

"In plenty of ways. Suppose Slocum has a lot of unfinished contracts on hand,--he always has fat contracts,--and the men was to knock off work....