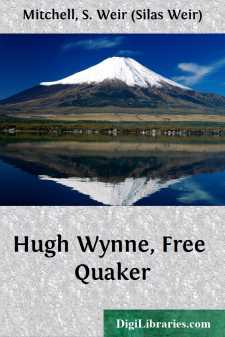 A child's early life is such as those who rule over him make it; but they can only modify what he is. Yet, as all know, after their influence has ceased, the man himself has to deal with the effects of blood and breed, and, too, with the consequences of the mistakes of his elders in the way of education. For these reasons I am pleased to say something of myself in the season of my green youth.

The story of the childhood of the great is often of value, no matter from whom they are "ascended," as my friend Warder used to say; but even in the lives of such lesser men as I, who have played the part of simple pawns in a mighty game, the change from childhood to manhood is not without interest.

I have often wished we could have the recorded truth of a child's life as it seemed to him day by day, but this can never be. The man it is who writes the life of the boy, and his recollection of it is perplexed by the sittings of memory, which let so much of thought and feeling escape, keeping little more than barren facts, or the remembrance of periods of trouble or of emotion, sometimes quite valueless, while more important moral events are altogether lost.

As these pages will show, I have found it agreeable, and at times useful, to try to understand, as far as in me lay, not only the men who were my captains or mates in war or in peace, but also myself. I have often been puzzled by that well-worn phrase as to the wisdom of knowing thyself, for with what manner of knowledge you know yourself is a grave question, and it is sometimes more valuable to know what is truly thought of you by your nearest friends than to be forever teasing yourself to determine whether what you have done in the course of your life was just what it should have been.

I may be wrong in the belief that my friend Warder saw others more clearly than he saw himself. He was of that opinion, and he says in one place that he is like a mirror, seeing all things sharply except that he saw not himself. Whether he judged me justly or not, I must leave to others to decide. I should be glad to think that, in the great account, I shall be as kindly dealt with as in the worn and faded pages which tell brokenly of the days of our youth. I am not ashamed to say that my eyes have filled many times as I have lingered over these records of my friend, surely as sweet and true a gentleman as I have ever known. Perhaps sometimes they have even overflowed at what they read. Why are we reluctant to confess a not ignoble weakness, such as is, after all, only the heart's confession of what is best in life? What becomes of the tears of age?

This is but a wearisome introduction, and yet necessary, for I desire to use freely my friend's journal, and this without perpetual mention of his name, save as one of the actors who played, as I did, a modest part in the tumult of the war, in which my own fortunes and his were so deeply concerned. To tell of my own life without speaking freely of the course of a mighty story would be quite impossible....