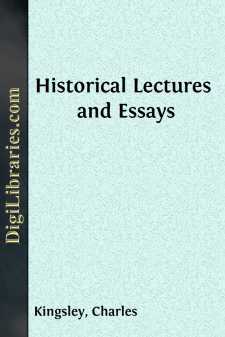 THE FIRST DISCOVERY OF AMERICA

Let me begin this lecture with a scene in the North Atlantic 863 years since.

“Bjarne Grimolfson was blown with his ship into the Irish Ocean; and there came worms and the ship began to sink under them.  They had a boat which they had payed with seals’ blubber, for that the sea-worms will not hurt.  But when they got into the boat they saw that it would not hold them all.  Then said Bjarne, ‘As the boat will only hold the half of us, my advice is that we should draw lots who shall go in her; for that will not be unworthy of our manhood.’  This advice seemed so good that none gainsaid it; and they drew lots.  And the lot fell to Bjarne that he should go in the boat with half his crew.  But as he got into the boat, there spake an Icelander who was in the ship and had followed Bjarne from Iceland, ‘Art thou going to leave me here, Bjarne?’  Quoth Bjarne, ‘So it must be.’  Then said the man, ‘Another thing didst thou promise my father, when I sailed with thee from Iceland, than to desert me thus.  For thou saidst that we both should share the same lot.’  Bjarne said, ‘And that we will not do.  Get thou down into the boat, and I will get up into the ship, now I see that thou art so greedy after life.’  So Bjarne went up into the ship, and the man went down into the boat; and the boat went on its voyage till they came to Dublin in Ireland.  Most men say that Bjarne and his comrades perished among the worms; for they were never heard of after.”

This story may serve as a text for my whole lecture.  Not only does it smack of the sea-breeze and the salt water, like all the finest old Norse sagas, but it gives a glimpse at least of the nobleness which underlay the grim and often cruel nature of the Norseman.  It belongs, too, to the culminating epoch, to the beginning of that era when the Scandinavian peoples had their great times; when the old fierceness of the worshippers of Thor and Odin was tempered, without being effeminated, by the Faith of the “White Christ,” till the very men who had been the destroyers of Western Europe became its civilisers.

It should have, moreover, a special interest to Americans.  For—as American antiquaries are well aware—Bjarne was on his voyage home from the coast of New England; possibly from that very Mount Hope Bay which seems to have borne the same name in the time of those old Norsemen, as afterwards in the days of King Philip, the last sachem of the Wampanong Indians.  He was going back to Greenland, perhaps for reinforcements, finding, he and his fellow-captain, Thorfinn, the Esquimaux who then dwelt in that land too strong for them.  For the Norsemen were then on the very edge of discovery, which might have changed the history not only of this continent but of Europe likewise.  They had found and colonised Iceland and Greenland.  They had found Labrador, and called it Helluland, from its ice-polished rocks.  They had found Nova Scotia seemingly, and called it Markland, from its woods.  They had found New England, and called it Vinland the Good.  A fair land they found it, well wooded, with good pasturage; so that they had already imported cows, and a bull whose lowings terrified the Esquimaux.  They had found self-sown corn too, probably maize.  The streams were full of salmon.  But they had called the land Vinland, by reason of its grapes.  Quaint enough, and bearing in its very quaintness the stamp of truth, is the story of the first finding of the wild fox-grapes.  How Leif the Fortunate, almost as soon as he first landed, missed a little wizened old German servant of his father’s, Tyrker by name, and was much vexed thereat, for he had been brought up on the old man’s knee, and hurrying off to find him met Tyrker coming back twisting his eyes about—a trick of his—smacking his lips and talking German to himself in high excitement.  And when they get him to talk Norse again, he says: “I have not been far, but I have news for you.  I have found vines and grapes!”  “Is that true, foster-father?” says Leif.  “True it is,” says the old German, “for I was brought up where there was never any lack of them.”

The saga—as given by Rafn—had a detailed description of this quaint personage’s appearance; and it would not he amiss if American wine-growers should employ an American sculptor—and there are great American sculptors—to render that description into marble, and set up little Tyrker in some public place, as the Silenus of the New World....