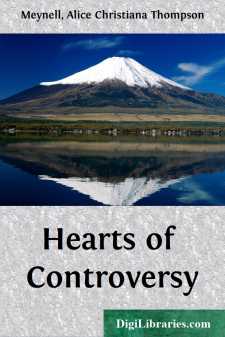 SOME THOUGHTS OF A READER OF TENNYSON

Fifty years after Tennyson’s birth he was saluted a great poet by that unanimous acclamation which includes mere clamour.  Fifty further years, and his centenary was marked by a new detraction.  It is sometimes difficult to distinguish the obscure but not unmajestic law of change from the sorry custom of reaction.  Change hastes not and rests not, reaction beats to and fro, flickering about the moving mind of the world.  Reaction—the paltry precipitancy of the multitude—rather than the novelty of change, has brought about a ferment and corruption of opinion on Tennyson’s poetry.  It may be said that opinion is the same now as it was in the middle of the nineteenth century—the same, but turned.  All that was not worth having of admiration then has soured into detraction now.  It is of no more significance, acrid, than it was, sweet.  What the herding of opinion gave yesterday it is able to take away to-day, that and no more.

But besides the common favour-disfavour of the day, there is the tendency of educated opinion, once disposed to accept the whole of Tennyson’s poetry as though he could not be “parted from himself,” and now disposed to reject the whole, on the same plea.  But if ever there was a poet who needed to be thus “parted”—the word is his own—it is he who wrote both narrowly for his time and liberally for all time, and who—this is the more important character of his poetry—had both a style and a manner: a masterly style, a magical style, a too dainty manner, nearly a trick; a noble landscape and in it figures something ready-made.  He is a subject for our alternatives of feeling, nay, our conflicts, as is hardly another poet.  We may deeply admire and wonder, and, in another line or hemistich, grow indifferent or slightly averse.  He sheds the luminous suns of dreams upon men & women who would do well with footlights; waters their way with rushing streams of Paradise and cataracts from visionary hills; laps them in divine darkness; leads them into those touching landscapes, “the lovely that are not beloved;” long grey fields, cool sombre summers, and meadows thronged with unnoticeable flowers; speeds his carpet knight—or is that hardly a just name for one whose sword “smites” so well?—upon a carpet of authentic wild flowers; pushes his rovers, in costume, from off blossoming shores, on the keels of old romance.  The style and the manner, I have said, run side by side.  If we may take one poet’s too violent phrase, and consider poets to be “damned to poetry,” why, then, Tennyson is condemned by a couple of sentences, “to run concurrently.”  We have the style and the manner locked together at times in a single stanza, locked and yet not mingled.  There should be no danger for the more judicious reader lest impatience at the peculiar Tennyson trick should involve the great Tennyson style in a sweep of protest.  Yet the danger has in fact proved real within the present and recent years, and seems about to threaten still more among the less judicious.  But it will not long prevail.  The vigorous little nation of lovers of poetry, alive one by one within the vague multitude of the nation of England, cannot remain finally insensible to what is at once majestic and magical in Tennyson.  For those are not qualities they neglect in their other masters.  How, valuing singleness of heart in the sixteenth century, splendour in the seventeenth, composure in the eighteenth; how, with a spiritual ear for the note—commonly called Celtic, albeit it is the most English thing in the world—the wild wood note of the remoter song; how, with the educated sense of style, the liberal sense of ease; how, in a word, fostering Letters and loving Nature, shall that choice nation within England long disregard these virtues in the nineteenth-century master?  How disregard him, for more than the few years of reaction, for the insignificant reasons of his bygone taste, his insipid courtliness, his prettiness, or what not?  It is no dishonour to Tennyson, for it is a dishonour to our education, to disparage a poet who wrote but the two—had he written no more of their kind—lines of “The Passing of Arthur,” of which, before I quote them, I will permit myself the personal remembrance of a great contemporary author’s opinion.  Mr....