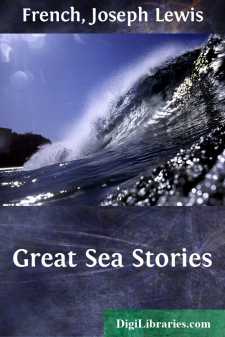 When the sun leaped up the next morning, and the tropic light flashed suddenly into the tropic day, Amyas was pacing the deck, with disheveled hair and torn clothes, his eyes red with rage and weeping, his heart full—how can I describe it? Picture it to yourselves, you who have ever lost a brother; and you who have not, thank God that you know nothing of his agony. Full of impossible projects, he strode and staggered up and down, as the ship thrashed and close-hauled through the rolling seas. He would go back and burn the villa. He would take Guayra, and have the life of every man in it in return for his brother's. "We can do it, lads!" he shouted. "Drake took Nombre de Dios, we can take La Guayra." And every voice shouted, "Yes."

"We will have it, Amyas, and have Frank too, yet," cried Cary; but Amyas shook his head. He knew, and knew not why he knew, that all the ports in New Spain would never restore to him that one beloved face.

"Yes, he shall be well avenged. And look there! There is the first crop of our vengeance." And he pointed toward the shore, where between them and the now distant peaks of the Silla, three sails appeared, not five miles to windward.

"There are the Spanish bloodhounds on our heels, the same ships which we saw yesterday off Guayra. Back, lads, and welcome them, if they were a dozen."

There was a murmur of applause from all around; and if any young heart sank for a moment at the prospect of fighting three ships at once, it was awed into silence by the cheer which rose from all the older men, and by Salvation Yeo's stentorian voice.

"If there were a dozen, the Lord is with us, who has said, 'One of you shall chase a thousand.' Clear away, lads, and see the glory of the Lord this day."

"Amen!" cried Cary; and the ship was kept still closer to the wind.

Amyas had revived at the sight of battle. He no longer felt his wounds or his great sorrow as he bustled about the deck; and ere a quarter of an hour had passed, his voice cried firmly and cheerfully as of old—

"Now, my masters, let us serve God, and then to breakfast, and after that clear for action."

Jack Brimblecombe read the dally prayers, and the prayers before a fight at sea, and his honest voice trembled, as, in the Prayer for all Conditions of Men (In spite of Amyas's despair), he added, "and especially for our dear brother Mr. Francis Leigh, perhaps captive among the idolaters;" and so they rose.

"Now, then," said Amyas, "to breakfast. A Frenchman fights best fasting, a Dutchman drunk, an Englishman full, and a Spaniard when the devil is in him, and that's always."

"And good beef and the good cause are a match for the devil," said Cary. "Come down, captain; you must eat too."

Amyas shook his head, took the tiller from the steersman, and bade him go below and fill himself. Will Cary went down, and returned in five minutes with a plate of bread and beef, and a great jack of ale, coaxed them down Amyas's throat, as a nurse does with a child, and then scuttled below again with tears hopping down his face....