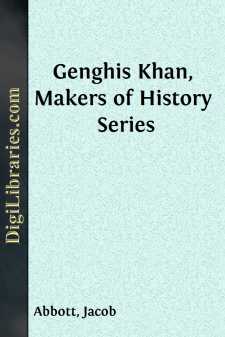 There are four several methods by which the various communities into which the human race is divided obtain their subsistence from the productions of the earth, each of which leads to its own peculiar system of social organization, distinct in its leading characteristics from those of all the rest. Each tends to its own peculiar form of government, gives rise to its own manners and customs, and forms, in a word, a distinctive and characteristic type of life.

These methods are the following:

1. By hunting wild animals in a state of nature.

2. By rearing tame animals in pasturages.

3. By gathering fruits and vegetables which grow spontaneously in a state of nature.

4. By rearing fruits and grains and other vegetables by artificial tillage in cultivated ground.

By the two former methods man subsists on animal food. By the two latter on vegetable food.

As we go north, from the temperate regions toward the poles, man is found to subsist more and more on animal food. This seems to be the intention of Providence. In the arctic regions scarcely any vegetables grow that are fit for human food, but animals whose flesh is nutritious and adapted to the use of man are abundant.

As we go south, from temperate regions toward the equator, man is found to subsist more and more on vegetable food. This, too, seems to be the intention of nature. Within the tropics scarcely any animals live that are fit for human food; while fruits, roots, and other vegetable productions which are nutritious and adapted to the use of man are abundant.

In accordance with this difference in the productions of the different regions of the earth, there seems to be a difference in the constitutions of the races of men formed to inhabit them. The tribes that inhabit Greenland and Kamtschatka can not preserve their accustomed health and vigor on any other than animal food. If put upon a diet of vegetables they soon begin to pine away. The reverse is true of the vegetable-eaters of the tropics. They preserve their health and strength well on a diet of rice, or bread-fruit, or bananas, and would undoubtedly be made sick by being fed on the flesh of walruses, seals, and white bears.

In the temperate regions the productions of the above-mentioned extremes are mingled. Here many animals whose flesh is fit for human food live and thrive, and here grows, too, a vast variety of nutritious fruits, and roots, and seeds. The physical constitution of the various races of men that inhabit these regions is modified accordingly. In the temperate climes men can live on vegetable food, or on animal food, or on both. The constitution differs, too, in different individuals, and it changes at different periods of the year. Some persons require more of animal, and others more of vegetable food, to preserve their bodily and mental powers in the best condition, and each one observes a change in himself in passing from winter to summer....