Favourite Fables in Prose and Verse 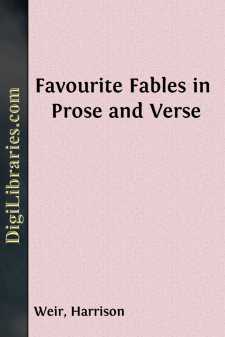 FABLE I. THE FOX AND THE GOAT.

In the extreme end of a village a Fox one day went to have a peep at a hen-roost. He had the bad luck to fall into a well, where he swam first to this side, and then to that side, but could not get out with all his pains. At last, as chance would have it, a poor Goat came to the same place to seek for some drink. "So ho! friend Fox," said he, "you quaff it off there at a great rate: I hope by this time you have quenched your thirst." "Thirst!" said the sly rogue; "what I have found here to drink is so clear, and so sweet, that I cannot take my fill of it; do, pray, come down, my dear, and have a taste of it." With that, in plumped the Goat as he bade him; but as soon as he was down, the Fox jumped on his horns, and leaped out of the well in a trice; and as he went off, "Good bye, my wise friend," said he; "if you had as much brains as you have beard, I should have been in the well still, and you might have stood on the brink of it to laugh at me, as I now do at you."

A rogue will give up the best friend he has to get out of a scrape; so that we ought to know what a man is, that we may judge how far we may trust to what he says.

FABLE II. THE FROG AND THE OX.

An old Frog, being wonderfully struck with the size and majesty of an Ox that was grazing in the marshes, was seized with the desire to expand herself to the same portly magnitude. After puffing and swelling for some time, "What think you," said she, to her young ones, "will this do?" "Far from it," said they. "Will this?" "By no means." "But this surely will?" "Nothing like it," they replied. After many fruitless and ridiculous efforts to the same purpose, the foolish Frog burst her skin, and miserably expired upon the spot.

To attempt what is out of our power, and to rival those greater than ourselves, is sure to expose us to contempt and ruin.

FABLE III. THE MAN AND HIS GOOSE.

A certain Man had a Goose, which laid him a golden egg every day. But, not contented with this, which rather increased than abated his avarice, he was resolved to kill the Goose, and cut up her belly, so that he might come to the inexhaustible treasure which he fancied she had within her, without being obliged to wait for the slow production of a single egg daily. He did so, and, to his great sorrow and disappointment, found nothing within.

The man that hastes to become rich often finds that he has only brought on ruin.

FABLE IV. THE LION AND OTHER BEASTS.

The Bull, and several other beasts, were ambitious of the honour of hunting with the Lion. His savage Majesty graciously condescended to their desire; and it was agreed that they should have an equal share in whatever might be taken. They scour the forest, are unanimous in the pursuit, and, after a long chase, pull down a noble stag. It was divided with great dexterity by the Bull into four equal parts; but just as he was going to secure his share—"Hold!" says the Lion, "let no one presume to help himself till he hath heard our just and reasonable claims....