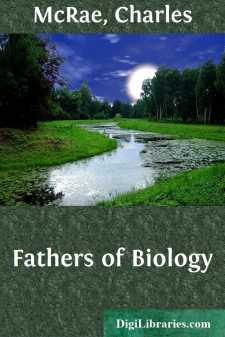 Owing to the lapse of centuries, very little is known with certainty of the life of Hippocrates, who was called with affectionate veneration by his successors "the divine old man," and who has been justly known to posterity as "the Father of Medicine."

He was probably born about 470 B.C., and, according to all accounts, appears to have reached the advanced age of ninety years or more. He must, therefore, have lived during a period of Greek history which was characterized by great intellectual activity; for he had, as his contemporaries, Pericles the famous statesman; the poets Æschylus, Sophocles, Euripides, Aristophanes, and Pindar; the philosopher Socrates, with his disciples Xenophon and Plato; the historians Herodotus and Thucydides; and Phidias the unrivalled sculptor.

In the island of Cos, where he was born, stood one of the most celebrated of the temples of Æsculapius, and in this temple—because he was descended from the Asclepiadæ—Hippocrates inherited from his forefathers an important position. Among the Asclepiads the habit of physical observation, and even manual training in dissection, were imparted traditionally from father to son from the earliest years, thus serving as a preparation for medical practice when there were no written treatises to study.

Although Hippocrates at first studied medicine under his father, he had afterwards for his teachers Gorgias and Democritus, both of classic fame, and Herodicus, who is known as the first person who applied gymnastic exercises to the cure of diseases.

The Asclepions, or temples of health, were erected in various parts of Greece as receptacles for invalids, who were in the habit of resorting to them to seek the assistance of the god. These temples were mostly situated in the neighbourhood of medicinal springs, and each devotee at his entrance was made to undergo a regular course of bathing and purification. Probably his diet was also carefully attended to, and at the same time his imagination was worked upon by music and religious ceremonies. On his departure, the restored patient usually showed his gratitude by presenting to the temple votive tablets setting forth the circumstances of his peculiar case. The value of these to men about to enter on medical studies can be readily understood; and it was to such treasures of recorded observations—collected during several generations—that Hippocrates had access from the commencement of his career.

Owing to the peculiar constitution of the Asclepions, medical and priestly pursuits had, before the time of Hippocrates, become combined; and, consequently, although rational means were to a certain extent applied to the cure of diseases, the more common practice was to resort chiefly to superstitious modes of working upon the imagination. It is not surprising, therefore, to find that every sickness, especially epidemics and plagues, were attributed to the anger of some offended god, and that penance and supplications often took the place of personal and domestic cleanliness, fresh air, and light....