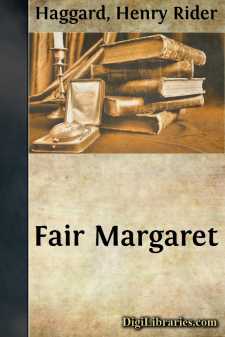 CHAPTER I HOW PETER MET THE SPANIARD

It was a spring afternoon in the sixth year of the reign of King Henry VII. of England. There had been a great show in London, for that day his Grace opened the newly convened Parliament, and announced to his faithful people—who received the news with much cheering, since war is ever popular at first—his intention of invading France, and of leading the English armies in person. In Parliament itself, it is true, the general enthusiasm was somewhat dashed when allusion was made to the finding of the needful funds; but the crowds without, formed for the most part of persons who would not be called upon to pay the money, did not suffer that side of the question to trouble them. So when their gracious liege appeared, surrounded by his glittering escort of nobles and men-at-arms, they threw their caps into the air, and shouted themselves hoarse.

The king himself, although he was still young in years, already a weary- looking man with a fine, pinched face, smiled a little sarcastically at their clamour; but, remembering how glad he should be to hear it who still sat upon a somewhat doubtful throne, said a few soft words, and sending for two or three of the leaders of the people, gave them his royal hand, and suffered certain children to touch his robe that they might be cured of the Evil. Then, having paused a while to receive petitions from poor folk, which he handed to one of his officers to be read, amidst renewed shouting he passed on to the great feast that was made ready in his palace of Westminster.

Among those who rode near to him was the ambassador, de Ayala, accredited to the English Court by the Spanish sovereigns, Ferdinand and Isabella, and his following of splendidly attired lords and secretaries. That Spain was much in favour there was evident from his place in the procession. How could it be otherwise, indeed, seeing that already, four years or more before, at the age of twelve months, Prince Arthur, the eldest son of the king, had been formally affianced to the Infanta Catherine, daughter of Ferdinand and Isabella, aged one year and nine months? For in those days it was thought well that the affections of princes and princesses should be directed early into such paths as their royal parents and governors considered likely to prove most profitable to themselves.

At the ambassador's left hand, mounted on a fine black horse, and dressed richly, but simply, in black velvet, with a cap of the same material in which was fastened a single pearl, rode a tall cavalier. He was about five-and-thirty years of age, and very handsome, having piercing black eyes and a stern, clean-cut face.

In every man, it is said, there can be found a resemblance, often far off and fanciful enough, to some beast or bird or other creature, and certainly in this case it was not hard to discover. The man resembled an eagle, which, whether by chance or design, was the crest he bore upon his servants' livery, and the trappings of his horse....