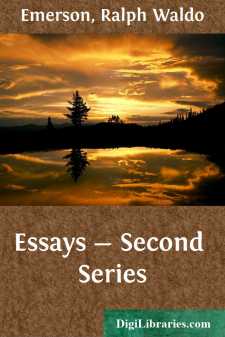 Those who are esteemed umpires of taste are often persons who have acquired some knowledge of admired pictures or sculptures, and have an inclination for whatever is elegant; but if you inquire whether they are beautiful souls, and whether their own acts are like fair pictures, you learn that they are selfish and sensual. Their cultivation is local, as if you should rub a log of dry wood in one spot to produce fire, all the rest remaining cold. Their knowledge of the fine arts is some study of rules and particulars, or some limited judgment of color or form, which is exercised for amusement or for show. It is a proof of the shallowness of the doctrine of beauty as it lies in the minds of our amateurs, that men seem to have lost the perception of the instant dependence of form upon soul. There is no doctrine of forms in our philosophy. We were put into our bodies, as fire is put into a pan to be carried about; but there is no accurate adjustment between the spirit and the organ, much less is the latter the germination of the former. So in regard to other forms, the intellectual men do not believe in any essential dependence of the material world on thought and volition. Theologians think it a pretty air-castle to talk of the Spiritual meaning of a ship or a cloud, of a city or a contract, but they prefer to come again to the solid ground of historical evidence; and even the poets are contented with a civil and conformed manner of living, and to write poems from the fancy, at a safe distance from their own experience. But the highest minds of the world have never ceased to explore the double meaning, or shall I say the quadruple or the centuple or much more manifold meaning, of every sensuous fact; Orpheus, Empedocles, Heraclitus, Plato, Plutarch, Dante, Swedenborg, and the masters of sculpture, picture, and poetry. For we are not pans and barrows, nor even porters of the fire and torch-bearers, but children of the fire, made of it, and only the same divinity transmuted and at two or three removes, when we know least about it. And this hidden truth, that the fountains whence all this river of Time and its creatures floweth are intrinsically ideal and beautiful, draws us to the consideration of the nature and functions of the Poet, or the man of Beauty; to the means and materials he uses, and to the general aspect of the art in the present time.

The breadth of the problem is great, for the poet is representative. He stands among partial men for the complete man, and apprises us not of his wealth, but of the common wealth. The young man reveres men of genius, because, to speak truly, they are more himself than he is. They receive of the soul as he also receives, but they more. Nature enhances her beauty, to the eye of loving men, from their belief that the poet is beholding her shows at the same time. He is isolated among his contemporaries by truth and by his art, but with this consolation in his pursuits, that they will draw all men sooner or later....