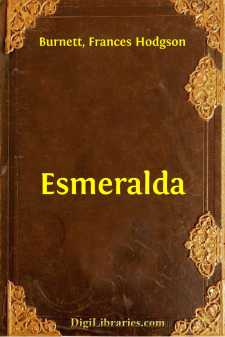 To begin, I am a Frenchman, a teacher of languages, and a poor man,—necessarily a poor man, as the great world would say, or I should not be a teacher of languages, and my wife a copyist of great pictures, selling her copies at small prices. In our own eyes, it is true, we are not so poor—my Clélie and I. Looking back upon our past we congratulate ourselves upon our prosperous condition. There was a time when we were poorer than we are now, and were not together, and were, moreover, in London instead of in Paris. These were indeed calamities: to be poor, to teach, to live apart, not even knowing each other—and in England! In England we spent years; we instructed imbeciles of all grades; we were chilled by east winds, and tortured by influenza; we vainly strove to conciliate the appalling English; we were discouraged and desolate. But this, thank le bon Dieu! is past. We are united; we have our little apartment—upon the fifth floor, it is true, but still not hopelessly far from the Champs Elysées. Clélie paints her little pictures, or copies those of some greater artist, and finds sale for them. She is not a great artist herself, and is charmingly conscious of the fact.

"At fifteen," she says, "I regretted that I was not a genius; at five and twenty, I rejoice that I made the discovery so early, and so gave myself time to become grateful for the small gifts bestowed upon me. Why should I eat out my heart with envy? Is it not possible that I might be a less clever woman than I am, and a less lucky one?"

On my part I have my pupils,—French pupils who take lessons in English, German, or Italian; English or American pupils who generally learn French, and, upon the whole, I do not suffer from lack of patrons.

It is my habit when Clélie is at work upon a copy in one of the great galleries to accompany her to the scene of her labor in the morning and call for her at noon, and, in accordance with this habit, I made my way to the Louvre at midday upon one occasion three years ago.

I found my wife busy at her easel in the Grande Galerie, and when I approached her and laid my hand upon her shoulder, as was my wont, she looked up with a smile and spoke to me in a cautious undertone.

"I am glad," she said, "that you are not ten minutes later. Look at those extraordinary people."

She still leaned back in her chair and looked up at me, but made, at the same time, one of those indescribable movements of the head which a clever woman can render so significant.

This slight gesture directed me at once to the extraordinary people to whom she referred.

"Are they not truly wonderful?" she asked.

There were two of them, evidently father and daughter, and they sat side by side upon a seat placed in an archway, and regarded hopelessly one of the finest works in the gallery. The father was a person undersized and elderly. His face was tanned and seamed, as if with years of rough outdoor labor; the effect produced upon him by his clothes was plainly one of actual suffering, both physical and mental. His stiff hands refused to meet the efforts of his gloves to fit them; his body shrank from his garments; if he had not been pathetic, he would have been ridiculous. But he was pathetic. It was evident he was not so attired of his own free will; that only a patient nature, inured by long custom to discomfort, sustained him; that he was in the gallery under protest; that he did not understand the paintings, and that they perplexed—overwhelmed him.

The daughter it is almost impossible to describe, and yet I must attempt to describe her. She had a slender and pretty figure; there were slight marks of the sun on her face also, and, as in her father's case, the richness of her dress was set at defiance by a strong element of incongruousness. She had black hair and gray eyes, and she sat with folded hands staring at the picture before her in dumb uninterestedness.

Clélie had taken up her brush again, and was touching up her work here and there.

"They have been here two hours," she said. "They are waiting for some one. At first they tried to look about them as others did. They wandered from seat to seat, and sat down, and looked as you see them doing now....