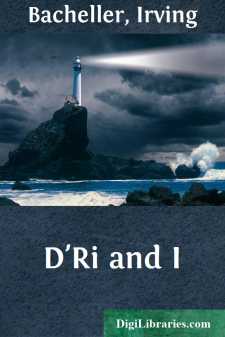 A poet may be a good companion, but, so far as I know, he is ever the worst of fathers. Even as grandfather he is too near, for one poet can lay a streak of poverty over three generations. Doubt not I know whereof I speak, dear reader, for my mother's father was a poet—a French poet, too, whose lines had crossed the Atlantic long before that summer of 1770 when he came to Montreal. He died there, leaving only debts and those who had great need of a better legacy—my mother and grandmother.

As to my father, he had none of that fatal folly in him. He was a mountaineer of Vermont—a man of steely sinews that took well to the grip of a sword. He cut his way to fame in the Northern army when the British came first to give us battle, and a bloody way it was. I have now a faded letter from Ethan Allen, grim old warrior, in which he calls my father "the best swordsman that ever straddled a horse." He was a "gallous chap" in his youth, so said my grandmother, with a great love of good clothes and gunpowder. He went to Montreal, as a boy, to be educated; took lessons in fencing, fought a duel, ran away from school, and came home with little learning and a wife. Punished by disinheritance, he took a farm, and left the plough to go into battle.

I wonder often that my mother could put up with the stress and hardship of his life, for she had had gentle breeding, of which I knew little until I was grown to manhood, when I came to know also what a woman will do for the love of her heart. I remember well those tales of knights and ladies she used to tell me as we sat together of an evening, and also those adventures of her own knight, my good father, in the war with the British. My love of arms and of a just quarrel began then.

After the war came hard times. My father had not prospered handsomely, when, near the end of the summer of 1803, he sold his farm, and we all started West, over rough trails and roadways. There were seven of us, bound for the valley of the St. Lawrence—my father and mother, my two sisters, my grandmother, D'ri, the hired man, and myself, then a sturdy boy of ten. We had an ox-team and -cart that carried our provision, the sacred feather beds of my mother, and some few other things.

We drove with us the first flock of sheep that ever went West. There were forty of them, and they filled our days with trouble. But for our faithful dog Rover, I fear we should have lost heart and left them to the wild wolves. The cart had a low cover of canvas, and my mother and grandmother sat on the feather beds, and rode with small comfort even where the roads were level. My father let me carry my little pet rooster in a basket that hung from the cart-axle when not in my keeping. The rooster had a harder time than any of us, I fancy, for the days were hot and the roads rough. He was always panting, with open mouth and thoughtful eye, when I lifted the cover. But every day he gave us an example of cheerfulness not wholly without effect....