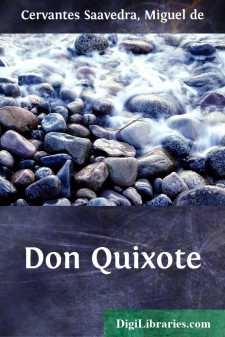 Add to My Favorites
Published: 9 years ago
Downloads: 117
Rating: (0 Votes)

I: ABOUT THIS TRANSLATION

It was with considerable reluctance that I abandoned in favour of the present undertaking what had long been a favourite project: that of a new edition of Shelton's "Don Quixote," which has now become a somewhat scarce book. There are some—and I confess myself to be one—for whom Shelton's racy old version, with all its defects, has a charm that no modern translation, however skilful or correct, could possess. Shelton had the inestimable advantage of belonging to the same generation as Cervantes; "Don Quixote" had to him a vitality that only a contemporary could feel; it cost him no dramatic effort to see things as Cervantes saw them; there is no anachronism in his language; he put the Spanish of Cervantes into the English of Shakespeare. Shakespeare himself most likely knew the book; he may have carried it home with him in his saddle-bags to Stratford on one of his last journeys, and under the mulberry tree at New Place joined hands with a kindred genius in its pages.

But it was soon made plain to me that to hope for even a moderate popularity for Shelton was vain. His fine old crusted English would, no doubt, be relished by a minority, but it would be only by a minority. His warmest admirers must admit that he is not a satisfactory representative of Cervantes. His translation of the First Part was very hastily made and was never revised by him. It has all the freshness and vigour, but also a full measure of the faults, of a hasty production. It is often very literal—barbarously literal frequently—but just as often very loose. He had evidently a good colloquial knowledge of Spanish, but apparently not much more. It never seems to occur to him that the same translation of a word will not suit in every case.

It is often said that we have no satisfactory translation of "Don Quixote." To those who are familiar with the original, it savours of truism or platitude to say so, for in truth there can be no thoroughly satisfactory translation of "Don Quixote" into English or any other language. It is not that the Spanish idioms are so utterly unmanageable, or that the untranslatable words, numerous enough no doubt, are so superabundant, but rather that the sententious terseness to which the humour of the book owes its flavour is peculiar to Spanish, and can at best be only distantly imitated in any other tongue.

The history of our English translations of "Don Quixote" is instructive. Shelton's, the first in any language, was made, apparently, about 1608, but not published till 1612. This of course was only the First Part. It has been asserted that the Second, published in 1620, is not the work of Shelton, but there is nothing to support the assertion save the fact that it has less spirit, less of what we generally understand by "go," about it than the first, which would be only natural if the first were the work of a young man writing currente calamo, and the second that of a middle-aged man writing for a bookseller. On the other hand, it is closer and more literal, the style is the same, the very same translations, or mistranslations, occur in it, and it is extremely unlikely that a new translator would, by suppressing his name, have allowed Shelton to carry off the credit....