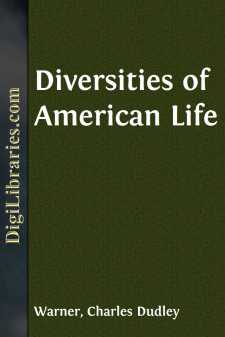 This is a very interesting age. Within the memory of men not yet come to middle life the time of the trotting horse has been reduced from two minutes forty seconds to two minutes eight and a quarter seconds. During the past fifteen years a universal and wholesome pastime of boys has been developed into a great national industry, thoroughly organized and almost altogether relegated to professional hands, no longer the exercise of the million but a spectacle for the million, and a game which rivals the Stock Exchange as a means of winning money on the difference of opinion as to the skill of contending operators.

The newspapers of the country—pretty accurate and sad indicators of the popular taste—devote more daily columns in a week's time to chronicling the news about base-ball than to any other topic that interests the American mind, and the most skillful player, the pitcher, often college bred, whose entire prowess is devoted to not doing what he seems to be doing, and who has become the hero of the American girl as the Olympian wrestler was of the Greek maiden and as the matador is of the Spanish senorita, receives a larger salary for a few hours' exertion each week than any college president is paid for a year's intellectual toil. Such has been the progress in the interest in education during this period that the larger bulk of the news, and that most looked for, printed about the colleges and universities, is that relating to the training, the prospects and achievements of the boat crews and the teams of base-ball and foot-ball, and the victory of any crew or team is a better means of attracting students to its college, a better advertisement, than success in any scholastic contest. A few years ago a tournament was organized in the North between several colleges for competition in oratory and scholarship; it had a couple of contests and then died of inanition and want of public interest.

During the period I am speaking of there has been an enormous advance in technical education, resulting in the establishment of splendid special schools, essential to the development of our national resources; a growth of the popular idea that education should be practical,—that is, such an education as can be immediately applied to earning a living and acquiring wealth speedily,—and an increasing extension of the elective system in colleges,—based almost solely on the notion, having in view, of course, the practical education, that the inclinations of a young man of eighteen are a better guide as to what is best for his mental development and equipment for life than all the experience of his predecessors.

In this period, which you will note is more distinguished by the desire for the accumulation of money than far the general production of wealth, the standard of a fortune has shifted from a fair competence to that of millions of money, so that he is no longer rich who has a hundred thousand dollars, but he only who possesses property valued at many millions, and the men most widely known the country through, most talked about, whose doings and sayings are most chronicled in the journals, whose example is most attractive and stimulating to the minds of youth, are not the scholars, the scientists, the men of, letters, not even the orators and statesmen, but those who, by any means, have amassed enormous fortunes. We judge the future of a generation by its ideals.

Regarding education from the point of view of its equipment of a man to make money, and enjoy the luxury which money can command, it must be more and more practical, that is, it must be adapted not even to the higher aim of increasing the general wealth of the world, by increasing production and diminishing waste both of labor and capital, but to the lower aim of getting personal possession of it; so that a striking social feature of the period is that one-half—that is hardly an overestimate —one-half of the activity in America of which we speak with so much enthusiasm, is not directed to the production of wealth, to increasing its volume, but to getting the money of other people away from them....