Dick Cheveley His Adventures and Misadventures 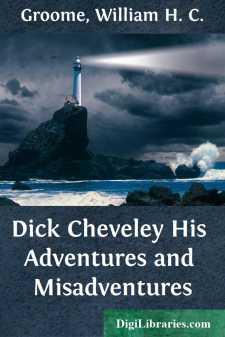 So extraordinary are the adventures of my hero, Master Richard Cheveley, son of the Reverend John Cheveley, vicar of the parish of S—, in the county of D—, that it is possible some of my readers may be inclined to consider them incredible, but that they are thoroughly probable the following paragraph which appeared in the evening edition of the Standard early in the month of November, 1879, will, I think, amply prove. I have no fear that any sensible boys will be inclined to follow Dick’s example; but if they will write to him at Liverpool, where he resides, and ask his advice, as a young gentleman did mine lately, on the subject of running away to sea, I am very sure that he will earnestly advise them to stay at home; or, at all events, first to consult their fathers or mothers, or guardians, or other relatives or friends before they start, unless they desire to risk sharing the fate of the hapless stowaway here mentioned:—

“A shocking discovery was made on board the National steamer England, which arrived in New York from Liverpool on the 29th October. In discharging the cargo in the forehold a stowaway was found in a dying state. He had made the entire passage of thirteen days without food or drink. He was carried to the vessel’s deck, where he died.”

My young correspondent, in perfect honesty, asked me to tell him how he could best manage to run away to sea. I advised him, as Mr Richard Cheveley would have done, and I am happy to say that he wisely followed my advice, for I have since frequently heard from him. When he first wrote he was an entire stranger to me. He has had more to do with this work than he supposes. I have the pleasure of dedicating it to him.

Some account of my family, including Aunt Deb—My father receives an offer—A family discussion, in which Aunt Deb distinguishes herself—Her opinions and mine differ considerably—My desire to go to sea haunts my dreams—My brother Ned’s counsel—I go a-fishing in Leighton Park—I meet with an accident—My career nearly cut short—A battle with a swan, in which I get the worst of it—A courageous mother—Mark Riddle to the rescue—An awkward fix—Mark finds a way out of it—Old Roger’s cottage—The Riddle family—Roger Riddle’s yarns and their effect on me—Mark takes a different view—It’s not all gold that glitters—The model—My reception at home.

We were all seated round the tea-table, that is to say, my father and mother, my five sisters, and three of my elder brothers, who were at home—two were away—and the same number of young ones, who wore pinafores, and last, but not least, Aunt Deb, who was my mother’s aunt, and lived with us to manage everything and keep everybody in order, for this neither my father nor mother were very well able to do; the latter nearly worn out with nursing numerous babies, while my father was constantly engaged in the duties of the parish of Sandgate, of which he was incumbent....