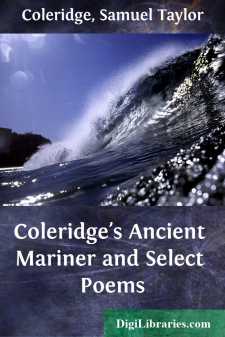 Coleridge lived in what may safely be called the most momentous period of modern history. In the year following his birth Warren Hastings was appointed first governor-general of India, where he maintained English empire during years of war with rival nations, and where he committed those acts of cruelty and tyranny which called forth the greatest eloquence of the greatest of English orators, in the famous impeachment trial at Westminster, when Coleridge was a sixteen-year-old schoolboy in London. A few years before his birth the liberal philosophy of France had found a popular voice in the writings of Rousseau, which became the gospel of revolution throughout Europe in Coleridge's youth and early manhood. "The New Héloise" in the field of sentiment and of the relation of the sexes, "The Social Contract" In political theory, and "Émile" in matters of education, were books whose influence upon Coleridge's generation it would be hard to estimate. When Coleridge was four years old the English colonies in America declared their independence and founded a new nation upon the natural rights of man,—a nation that has grown to be the mightiest and most beneficent on the globe. Coleridge was seventeen when the French Revolution broke out; he was forty-three when Napoleon was sent to St. Helena. He saw the whole career of the greatest political upheaval and of the greatest military genius of the modern world. Fox, Pitt, and Burke,—the greatest Liberal orator, the greatest Parliamentary leader, and the greatest philosophic statesman that England has produced—were at the height of their glory when Coleridge went up to Cambridge in 1791.

In literature—naturally, since literature is but an interpretation of life—the age was not less remarkable. Dr. Johnson was still alive when Coleridge came up to school at Christ's Hospital, Goldsmith had died eight years before. But a new spirit was abroad in the younger generation. Macpherson's "Fingal," alleged to be a translation from the ancient Gaelic poet Ossian, had appeared in 1760; Thomas Percy's "Reliques of Ancient English Poetry," a collection of folk-ballads and rude verse-romances such as the common people cherished but critics had long refused to consider as poetry, was published in 1765. These two books were of prime importance in fostering a new taste in literature,—a love of natural beauty, of simplicity, and of rude strength. The new taste hailed with delight the appearance of a native lyric genius in Burns, whose first volume of poems was printed in 1786. It welcomed also the homely, simple sweetness, what Coleridge and Lamb called the "divine chit-chat," of Cowper, whose "Task" appeared in the preceding year. But it was in Coleridge himself and his close contemporaries and followers that the splendor of the new poetry showed itself. He was two years younger than Wordsworth, a year younger than Scott; he was sixteen at the birth of Byron, twenty at that of Shelley, twenty-four at that of Keats; and he outlived all of them except Wordsworth....