Clotelle: a Tale of the Southern States 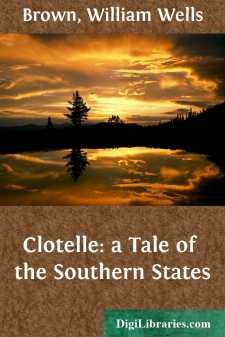 With the growing population in the Southern States, the increase of mulattoes has been very great. Society does not frown upon the man who sits with his half-white child upon his knee whilst the mother stands, a slave, behind his chair. In nearly all the cities and towns of the Slave States, the real negro, or clear black, does not amount to more than one in four of the slave population. This fact is of itself the best evidence of the degraded and immoral condition of the relation of master and slave. Throughout the Southern States, there is a class of slaves who, in most of the towns, are permitted to hire their time from their owners, and who are always expected to pay a high price. This class is the mulatto women, distinguished for their fascinating beauty. The handsomest of these usually pay the greatest amount for their time. Many of these women are the favorites of men of property and standing, who furnish them with the means of compensating their owners, and not a few are dressed in the most extravagant manner.

When we take into consideration the fact that no safeguard is thrown around virtue, and no inducement held out to slave-women to be pure and chaste, we will not be surprised when told that immorality and vice pervade the cities and towns of the South to an extent unknown in the Northern States. Indeed, many of the slave-women have no higher aspiration than that of becoming the finely-dressed mistress of some white man. At negro balls and parties, this class of women usually make the most splendid appearance, and are eagerly sought after in the dance, or to entertain in the drawing-room or at the table.

A few years ago, among the many slave-women in Richmond, Virginia, who hired their time of their masters, was Agnes, a mulatto owned by John Graves, Esq., and who might be heard boasting that she was the daughter of an American Senator. Although nearly forty years of age at the time of which we write, Agnes was still exceedingly handsome. More than half white, with long black hair and deep blue eyes, no one felt like disputing with her when she urged her claim to her relationship with the Anglo-Saxon.

In her younger days, Agnes had been a housekeeper for a young slaveholder, and in sustaining this relation had become the mother of two daughters. After being cast aside by this young man, the slave-woman betook herself to the business of a laundress, and was considered to be the most tasteful woman in Richmond at her vocation.

Isabella and Marion, the two daughters of Agnes, resided with their mother, and gave her what aid they could in her business. The mother, however, was very choice of her daughters, and would allow them to perform no labor that would militate against their lady-like appearance. Agnes early resolved to bring up her daughters as ladies, as she termed it.

As the girls grew older, the mother had to pay a stipulated price for them per month. Her notoriety as a laundress of the first class enabled her to put an extra charge upon the linen that passed through her hands; and although she imposed little or no work upon her daughters, she was enabled to live in comparative luxury and have her daughters dressed to attract attention, especially at the negro balls and parties....