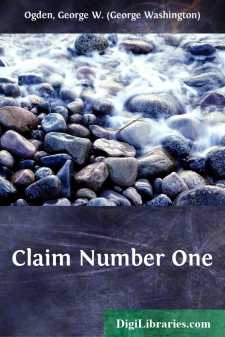 Coming to Comanche, you stopped, for Comanche was the end of the world. Unless, of course, you were one of those who wished to push the boundary-line of the world farther, to make homes in the wilderness where there had been no homes, to plant green fields in the desert where none had been before.

In that case you merely paused at Comanche, like the railroad, to wait the turn of events.

Beyond Comanche was the river, and beyond the river, dim-lined in the west, the mountains. Between the river and the mountains lay the reservation from which the government had pushed the Indians, and which it had cut into parcels to be drawn by lot.

And so Comanche was there on the white plain to serve the present, and temporary, purpose of housing and feeding the thousands who had collected there at the lure of chance with practical, impractical, speculative, romantic, honest, and dishonest ideas and intentions. Whether it should survive to become a colorless post-office and shipping-station for wool, hides, and sheep remained for the future to decide. As the town appeared under the burning sun of that August afternoon one might have believed, within bounds, that its importance was established for good and all.

It was laid out with the regular severity of the surveyor’s art. Behind the fresh, new railroad depot the tented streets swept away pretentiously. In the old settlements–as much as two months before that day some of them had been built–several business houses of wood and corrugated sheet-iron reared above the canvas roofs of their neighbors, displaying in their windows all the wares which might be classified among the needs of those who had come to break the desert, from anvils to zitherns; from beads, beds, and bridles to winches, wagons, water bottles, and collapsible cups.

At the head of the main street stood a hydrant, which the railroad company supplied with water, offering its refreshment to all comers–to man, beast, and Indian, as well as to dusty tourists with red handkerchiefs about their necks. Around it, where teams had been fed and the overflow of water had run, little green forests of oats were springing, testifying to the fecundity of the soil, lighting unbelieving eyes with hope.

“Just look what a little water will do!” said the locaters and town-site men, pointing with eloquent gesture. “All this land needs, gentlemen, is a little water to make it a paradise!”

On the right hand of the hydrant there was a bank, presenting a front of bricked stability, its boarded sides painted in imitation of that same resisting material, for the comfort of its depositors perhaps, and the benefit of its credit before the eyes of the passing world. Well out in the desert, among the hummocks of earth heaped around anchoring sage clumps, stood the Elkhorn Hotel. It was built of logs, with a design toward the picturesque and an eye to the tourist class of adventurers who were expected to throng to the opening. The logs had been cut along the river–they were that gnarled cottonwood which grows, leaning always toward the northeast, in that land of bitter extremes–the bark stripped from them until they gleamed yellowly, and fitted together with studied crudity....