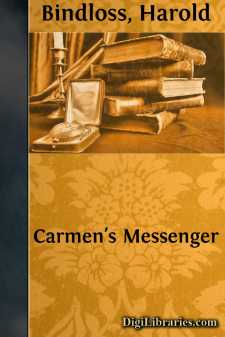 I FEATHERSTONE CHANGES HIS PLANS

It was getting dark, and a keen wind blew across the ragged pines beside the track, when Jake Foster walked up and down the station at Gardner's Crossing in North Ontario. Winter was moving southwards fast across the wilderness that rolled back to Hudson's Bay, silencing the brawling rivers and calming the stormy lakes, but the frost had scarcely touched the sheltered valley yet and the roar of a rapid throbbed among the trees. The sky had the crystal clearness that is often seen in northern Canada, but a long trail of smoke stretched above the town, and the fumes of soft coal mingled with the aromatic smell of the pines. Gardner's Crossing stood, an outpost of advancing industry, on the edge of the lonely woods.

The blue reflections of big arc-lamps quivered between the foam-flakes on the river, a line of bright spots, stretching back along the bank, marked new avenues of wooden houses, and, across the bridge, the tops of tall buildings cut against the glow that shimmered about the town. At one end rose the great block of the Hulton factory, which lost something of its utilitarian ugliness at night. Its harsh, rectangular outline faded into the background of forest, and the rows of glimmering windows gave it a curious transparent look. It seemed to overflow with radiance and filled the air with rumbling sound.

In a large measure, Gardner's Crossing owed its rapid development to the enterprise of the Hulton Manufacturing Company. Hulton was ready to make anything out of lumber for which his salesmen found a demand; but his firm grip on the flourishing business had recently relaxed, and people wondered anxiously what would happen if he did not recover from the blow that had struck him down. Fred Hulton, his only son, and assistant treasurer to the Company, had been found in the factory one morning with a bullet-hole in his head, and it was believed that he had shot himself. His father gave his evidence at the inquiry with stern self-control, but took to his bed afterwards and had not left it yet. So far as the townsfolk knew, this was the first time he had shown any weakness of body or mind.

The train was late, but Foster enjoyed the pipe he lighted. It was ten years since he landed at Montreal, a raw lad without friends or money, and learned what hard work was in a lumber camp. Since then he had prospered, and the strenuous life he led for the first few years had not left much mark on him. Now he thought he had earned a holiday, and all arrangements for his visit to England were made. Featherstone, his partner, was going with him. Their sawmill, which was run by water-power, had closed for the winter, when building material was not wanted, and the development of a mineral claim they owned would be stopped by the frost. They had planned to put in a steam engine at the mill, but the Hulton Company had delayed a contract that would have kept the saws running until the river thawed.

Foster, however, did not regret this....