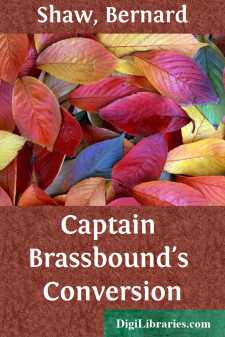 On the heights overlooking the harbor of Mogador, a seaport on the west coast of Morocco, the missionary, in the coolness of the late afternoon, is following the precept of Voltaire by cultivating his garden. He is an elderly Scotchman, spiritually a little weatherbeaten, as having to navigate his creed in strange waters crowded with other craft but still a convinced son of the Free Church and the North African Mission, with a faithful brown eye, and a peaceful soul. Physically a wiry small-knit man, well tanned, clean shaven, with delicate resolute features and a twinkle of mild humor. He wears the sun helmet and pagri, the neutral-tinted spectacles, and the white canvas Spanish sand shoes of the modern Scotch missionary: but instead of a cheap tourist's suit from Glasgow, a grey flannel shirt with white collar, a green sailor knot tie with a cheap pin in it, he wears a suit of clean white linen, acceptable in color, if not in cut, to the Moorish mind.

The view from the garden includes much Atlantic Ocean and a long stretch of sandy coast to the south, swept by the north east trade wind, and scantily nourishing a few stunted pepper trees, mangy palms, and tamarisks. The prospect ends, as far as the land is concerned, in little hills that come nearly to the sea: rudiments, these, of the Atlas Mountains. The missionary, having had daily opportunities of looking at this seascape for thirty years or so, pays no heed to it, being absorbed in trimming a huge red geranium bush, to English eyes unnaturally big, which, with a dusty smilax or two, is the sole product of his pet flower-bed. He is sitting to his work on a Moorish stool. In the middle of the garden there is a pleasant seat in the shade of a tamarisk tree. The house is in the south west corner of the garden, and the geranium bush in the north east corner.

At the garden-door of the house there appears presently a man who is clearly no barbarian, being in fact a less agreeable product peculiar to modern commercial civilization. His frame and flesh are those of an ill-nourished lad of seventeen; but his age is inscrutable: only the absence of any sign of grey in his mud colored hair suggests that he is at all events probably under forty, without prejudice to the possibility of his being under twenty. A Londoner would recognize him at once as an extreme but hardy specimen of the abortion produced by nature in a city slum. His utterance, affectedly pumped and hearty, and naturally vulgar and nasal, is ready and fluent: nature, a Board School education, and some kerbstone practice having made him a bit of an orator. His dialect, apart from its base nasal delivery, is not unlike that of smart London society in its tendency to replace diphthongs by vowels (sometimes rather prettily) and to shuffle all the traditional vowel pronunciations. He pronounces ow as ah, and i as aw, using the ordinary ow for o, i for a, a for u, and e for a, with this reservation, that when any vowel is followed by an r he signifies its presence, not by pronouncing the r, which he never does under these circumstances, but by prolonging and modifyinq the vowel, sometimes even to the extreme degree of pronouncing it properly....