By Advice of Counsel 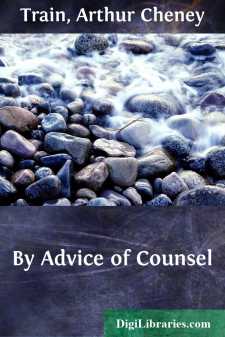 Shyster, n. [Origin obscure.] One who does business trickily; a person without professional honor: used chiefly of lawyers; as, pettifoggers and shysters.—CENTURY DICTIONARY.

When Terry McGurk hove the brick through the window of Froelich's butcher shop he did it casually, on general principles, and without any idea of starting anything. He had strolled unexpectedly round the corner from his dad's saloon, had seen the row going on between Froelich and the gang of boys that after school hours used the street in front of the shop as a ball ground, and had merely seized the opportunity to vindicate his reputation as a desperado and put one over on the Dutchman. The fact that he had on a red sweater was the barest coincidence. Having observed the brick to be accurately pursuing its proper trajectory he had ducked back round the corner again and continued upon his way rejoicing. He had not even noticed Tony Mathusek, who, having accidentally found himself in the midst of the mêlée, had started to beat a retreat the instant of the crash, and had run plump into the arms of Officer Delany of the Second. Unfortunately Tony too was wearing a red sweater.

"Dot's him! It was a feller mit a red sweater! Dot's the vun who done it!" shrieked the butcher. "I vill make a gomblaint against him!"

"Come along, you! Quit yer kickin'!" ordered the cop, twisting Tony's thin arm until he writhed. "You'll identify him, Froelich?"

"Sure! Didn't I see him mit my eyes? He's vun of dem rascals vot drives all mine gustomers avay mit deir yelling and screaming. You fix it for me, Bill."

"That's all right," the officer assured him. "I'll fix him good, I will! It's the reformatory for him. Or, say, you can make a complaint for malicious mischief."

"Sure! Dot's it! Malicious mischief!" assented the not over-intelligent tradesman. "Ve'll get rid of him for good, eh?"

Tony Mathusek lifted a white face drawn with agony from his tortured arm.

"Say, mister, you got the wrong feller! I didn't break the window. I was just comin' from the house—"

"Oh, so you belong to a gang, do ye? Well, we don't want no gangsters round here!" cried the officer with adroit if unscrupulous sophistry. "Come along now, and keep quiet or it'll be the worse for ye."

"Tell nuthin'. You come along!"

Tony saw all hope fade. He hadn't a chance—even to go to a decent jail! He had heard all about the horrors of the reformatory. They wouldn't even let your people visit you on Sundays! And his mother would think he was run over or murdered. She would go crazy with worry. He didn't mind on his own account, but his mother— He loved the old widowed mother who worked her fingers off to send him to school....