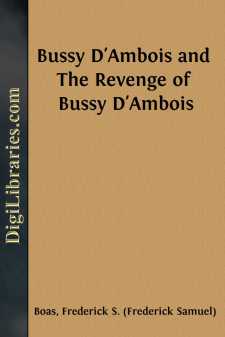 George Chapman was probably born in the year after Elizabeth's accession. Anthony Wood gives 1557 as the date, but the inscription on his portrait, prefixed to the edition of The Whole Works of Homer in 1616, points to 1559. He was a native of Hitchin in Hertfordshire, as we learn from an allusion in his poem Euthymiæ Raptus or The Teares of Peace, and from W. Browne's reference to him in Britannia's Pastorals as "the learned shepheard of faire Hitching Hill." According to Wood "in 1574 or thereabouts, he being well grounded in school learning was sent to the University." Wood is uncertain whether he went first to Oxford or to Cambridge, but he is sure, though he gives no authority for the statement, that Chapman spent some time at the former "where he was observed to be most excellent in the Latin & Greek tongues, but not in logic or philosophy, and therefore I presume that that was the reason why he took no degree there."

His life for almost a couple of decades afterwards is a blank, though it has been conjectured on evidences drawn from The Shadow of Night and Alphonsus Emperor of Germany, respectively, that he served in one of Sir F. Vere's campaigns in the Netherlands, and that he travelled in Germany. The Shadow of Night, consisting of two "poeticall hymnes" appeared in 1594, and is his first extant work. It was followed in 1595 by Ovid's Banquet of Sence, The Amorous Zodiac, and other poems. These early compositions, while containing fine passages, are obscure and crabbed in style. In 1598 appeared Marlowe's fragmentary Hero and Leander with Chapman's continuation. By this year he had established his position as a playwright, for Meres in his Palladis Tamia praises him both as a writer of tragedy and of comedy. We know from Henslowe's Diary that his earliest extant comedy The Blinde Begger of Alexandria was produced on February 12, 1596, and that for the next two or three years he was working busily for this enterprising manager. An Humerous dayes Myrth (pr. 1599), and All Fooles (pr. 1605) under the earlier title of The World Runs on Wheels, were composed during this period.

Meanwhile he had begun the work with which his name is most closely linked, his translation of Homer. The first instalment, entitled Seaven Bookes of the Iliades of Homere, Prince of Poets, was published in 1598, and was dedicated to the Earl of Essex. After the Earl's execution Chapman found a yet more powerful patron, for, as we learn from the letters printed recently in The Athenæum (cf. Bibliography, sec. iii), he was appointed about 1604 "sewer (i. e. cupbearer) in ordinary," to Prince Henry, eldest son of James I. The Prince encouraged him to proceed with his translation, and about 1609 appeared the first twelve books of the Iliad (including the seven formerly published) with a fine "Epistle Dedicatory," to "the high-born Prince of men, Henry." In 1611 the version of the Iliad was completed, and that of the Odyssey was, at Prince Henry's desire, now taken in hand. But the untimely death of the Prince, on November 6th, 1612, dashed all Chapman's hopes of receiving the anticipated reward of his labours. According to a petition which he addressed to the Privy Council, the Prince had promised him on the conclusion of his translation £300, and "uppon his deathbed a good pension during my life." Not only were both of these withheld, but he was deprived of his post of "sewer" by Prince Charles. Nevertheless he completed the version of the Odyssey in 1614, and in 1616 he published a folio volume entitled The Whole Works of Homer. The translation, in spite of its inaccuracies and its "conceits," is, by virtue of its sustained dignity and vigour, one of the noblest monuments of Elizabethan genius.

By 1605, if not earlier, Chapman had resumed his work for the stage. In that year he wrote conjointly with Marston and Jonson the comedy of Eastward Hoe. On account of some passages reflecting on the Scotch, the authors were imprisoned....