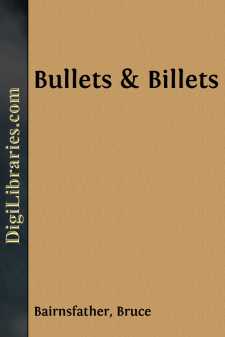 Gliding up the Seine, on a transport crammed to the lid with troops, in the still, cold hours of a November morning, was my debut into the war. It was about 6 a.m. when our boat silently slipped along past the great wooden sheds, posts and complications of Havre Harbour. I had spent most of the twelve-hour trip down somewhere in the depths of the ship, dealing out rations to the hundred men that I had brought with me from Plymouth. This sounds a comparatively simple process, but not a bit of it. To begin with, the ship was filled with troops to bursting point, and the mere matter of proceeding from one deck to another was about as difficult as trying to get round to see a friend at the other side of the ground at a Crystal Palace Cup final.

I stood in a queue of Gordons, Seaforths, Worcesters, etc., slowly moving up one, until, finally arriving at the companion (nearly said staircase), I tobogganed down into the hold, and spent what was left of the night dealing out those rations. Having finished at last, I came to the surface again, and now, as the transport glided along through the dirty waters of the river, and as I gazed at the motley collection of Frenchmen on the various wharves, and saw a variety of soldiery, and a host of other warlike "props," I felt acutely that now I was in the war at last—the real thing! For some time I had been rehearsing in England; but that was over now, and here I was—in the common or garden vernacular—"in the soup."

At last we were alongside, and in due course I had collected that hundred men of mine, and found that the number was still a hundred, after which I landed with the rest, received instructions and a guide, then started off for the Base Camps.

These Camps were about three miles out of Havre, and thither the whole contents of the ship marched in one long column, accompanied on either side by a crowd of ragged little boys shouting for souvenirs and biscuits. I and my hundred men were near the rear of the procession, and in about an hour's time arrived at the Base Camps.

I don't know that it is possible to construct anything more atrociously hideous or uninteresting than a Base Camp. It consists, in military parlance, of nothing more than:—

In fact, a huge space, once a field, now a bog, on which are perched rows and rows of squalid tents.

I stumbled along over the mud with my troupe, and having found the Adjutant, after a considerable search, thought that my task was over, and that I could slink off into some odd tent or other and get a sleep and a rest. Oh no!—the Adjutant had only expected fifty men, and here was I with a hundred.

Consternation! Two hours' telephoning and intricate back-chat with the Adjutant eventually led to my being ordered to leave the expected fifty and take the others to another Base Camp hard by, and see if they would like to have them there.

The rival Base Camp expressed a willingness to have this other fifty, so at last I had finished, and having found an empty tent, lay down on the ground, with my greatcoat for a pillow and went to sleep....