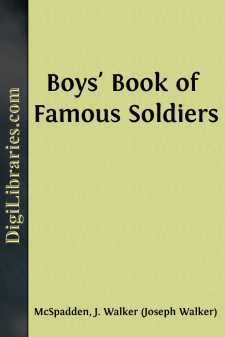 "Turn your guns around on them! Stop them!"

The command was given in peremptory tones to a demoralized group of soldiers. Not waiting for them to carry out his orders, the young officer who gave them leaped from his horse, and with his own hands turned one of the guns upon the advancing foe.

Had it been the Argonne Forest, and the year 1918, it would have been a machine gun that the officer manned. But the time was over a century and a half earlier than this—and the weapon a light brass field-piece, which after being fired once, must be painfully reloaded.

Meanwhile, the redskins came on.

The young officer, whose name has come down to history as George Washington, was trying to stem the tide of defeat. It was the fateful day when old General Braddock of the British army received his first and fatal lesson in Indian warfare. Says an old Pennsylvania ranger who was also in the fray:

"I saw Col. Washington spring from his panting horse, and seize a brass field-piece as if it had been a stick. His look was terrible. He put his right hand on the muzzle, his left hand on the breach; he pulled with this, he pushed with that, and wheeled it round, as if it had been a plaything. It furrowed the ground like a ploughshare. He tore the sheet-lead from the touch-hole; then the powder-monkey rushed up with the fire, when the cannon went off, making the bark fly from the trees, and many an Indian send up his last yell and bite the dust."

Yet this resourceful officer, fighting almost single-handed against certain defeat, was then only a young man a few months past twenty-one. He was displaying the same qualities which were later to make him the commander-in-chief of a Revolution.

George Washington was a typical example of the born leader. He had received no set military training save that which the stern necessity of frontier life forced upon him. Yet at nineteen we find him no less courageous and active when facing the enemy. He had been reared as a farmer boy, with no other intention at first than the successful management of his father's estates in Virginia. But boys in those days had to learn to handle the rifle as readily as the plow, and Washington was no exception to this rule.

Born in 1732 (every schoolboy knows the month and day) at Bridges Creek, Virginia, his first home was a plain wooden farmhouse of somewhat primitive pattern, with four rooms on the ground floor, and a roomy attic covered by a long, sloping roof. But before he was more than able to walk this house burned down, and the family removed to another farm in what was later Stafford County—an attractive knoll across the Rappahannock River from Fredericksburg.

When George was eleven years old he lost his father, which threw him to a great extent upon his own resources, so far as outdoor life was concerned, although his education was still the care of his mother, who is pictured as a gentlewoman of the old school—one born to command. To her Washington owed many traits, among them his courtliness....